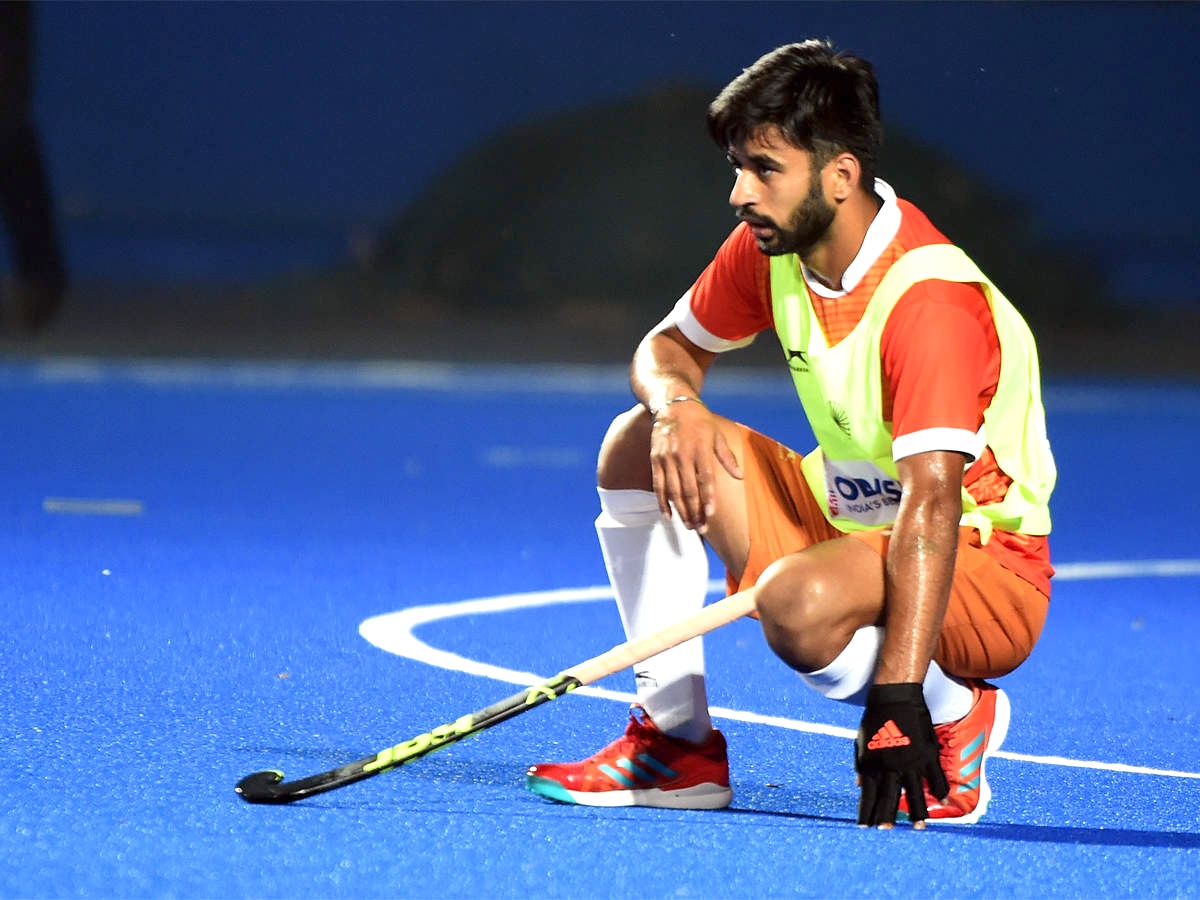 NEW DELHI, August 7: Five Indian hockey players including national team captain Manpreet Singh tested positive for COVID-19 on Friday. The other four players are – Surender Kumar, Jaskaran Singh, Varun Kumar and goalkeeper Krishan B Pathak.
All five of them are at the national hockey camp in Sports Authority of India’s National Centre of Excellence (NCOE) in Bengaluru along with the team, after a home break.
The results were revealed as SAI made it mandatory for all athletes, who reported back to the camp, to take a rapid COVID-19 test upon arrival.
All the players who tested positive had travelled together to Bengaluru and there is a high probability that they had contracted the virus while travelling from their hometowns.
In the beginning, all five had tested negative in the rapid test. However, after Manpreet and Surender began to display some Covid symptoms later, they along with the other ten athletes who had travelled together were given the Quantitative RT-PCR test on Thursday, and the five have been found to be Covid positive.
The state government has informed the SAI authorities about the test results, while a few test results are still awaited.
According to SAI: “Krishan B Pathak has also tested positive. He was just informed about his report by the state government. SAI is yet to receive the report.”
All athletes, including Manpreet, who reported for the camp were undergoing quarantine as per the Health Ministry Guidelines and as a precautionary measure were kept in isolation to arrest the possibility of transmission of the virus. The quarantined athletes did not interact with other athletes who were already present at the camp.
The SOP of the state government and of SAI is being followed strictly across the campus. Speaking from Bengaluru, Manpreet said, “I am self quarantined on the SAI campus and I am very happy with the way SAI authorities have handled the situation. I am very happy that they made the testing of athletes mandatory. That proactive step helped in identifying the problem right in time. I am doing fine and hope to recover very soon.” (Courtesy: ToI)