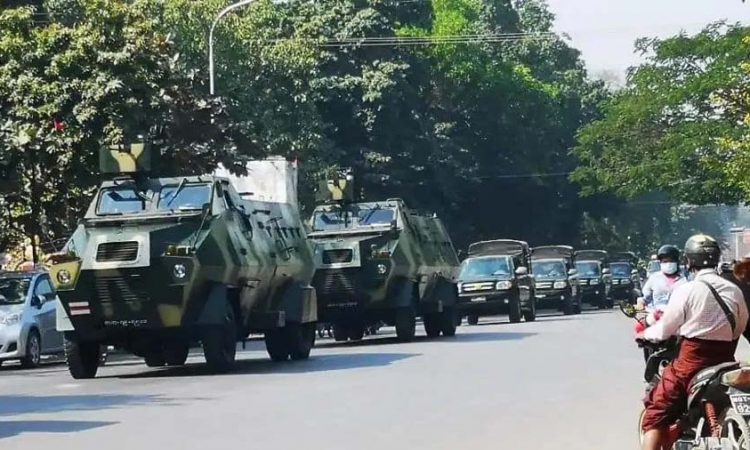 United Nations, February 5: India engaged constructively and acted as an “important bridge” during deliberations over the UN Security Council’s statement on the situation in Myanmar, ensuring it strongly underlined the importance of the democratic process and transition while not being “condemnatory” in nature, sources said.

In a press statement, agreed by consensus, the 15-nation Council expressed deep concern at the declaration of the state of emergency imposed in Myanmar by the military on February 1 and the arbitrary detention of members of the Government, including State Counsellor Aung San Suu Kyi and President Win Myint.
The Council, the most powerful organ of the world organisation, issued the press statement on the situation in Myanmar on Thursday, three days after the military seized power in the Southeast Asian nation in a bloodless coup and detained top political leaders.
The Council members called for the immediate release of all those detained. India, into the second month of its tenure as non-permanent Council member, engaged very constructively during deliberations over the press statement.
Sources told PTI that India played the role of an important bridge , bringing together various views and wanted to ensure an outcome which was balanced. It also wanted a statement which was not condemnatory in nature, but one which helped the process and not become counter-productive.
Sources pointed out that India engaged actively with all the parties, a role that has been appreciated by the UK and others.
India’s articulated positions on the situation, stated publicly as well, have been taken on board in the press statement.
In the first reaction after the coup, the Ministry of External Affairs (MEA) had said in New Delhi that India noted the developments in Myanmar with deep concern and has always been steadfast in its support to the process of democratic transition in Myanmar. We believe that the rule of law and the democratic process must be upheld,” the MEA statement had said.
Sources said that the important focus on democratic transition and process has been kept in the UNSC press statement. India had also emphasised on dialogue and reconciliation, release of detained leaders, and on commitment to the sovereignty, political independence and unity of Myanmar all of which the press statement underlines.
The UNSC statement is very constructive while addressing the issues, sources said adding that Rakhine state also finds a mention in the press statement as it is important that the momentum for resolving the issue of the displaced people should not be lost.
India and Myanmar share a 1,640-km-long border and bilateral relations are rooted in shared historical and cultural ties. Their multifaceted relationship is underpinned by deepening cooperation in areas of trade and investment, power, energy and healthcare. In October last year, India and Myanmar carried out a comprehensive review of their bilateral relationship.
In the talks, Foreign Secretary Harsh Vardhan Shringla had reiterated the priority India attaches to its partnership with Myanmar in accordance with its Neighbourhood First” and ”Act East” policies.
In the UNSC press statement, members of the Security Council emphasised the need for the continued support of the democratic transition in Myanmar. They stressed the need to uphold democratic institutions and processes, refrain from violence and fully respect human rights, fundamental freedoms and the rule of law.
They encouraged the pursuance of dialogue and reconciliation in accordance with the will and interests of the people of Myanmar.
The Council also reiterated its strong support to regional organisations, in particular the Association of Southeast Asian Nations (ASEAN).

The members of the Security Council reiterated the need to address the root causes of the crisis in Rakhine State and to create conditions necessary for the safe, voluntary, sustainable and dignified return of displaced persons, it said.
The members of the Security Council reaffirmed their strong commitment to the sovereignty, political independence, territorial integrity and unity of Myanmar. The Security Council had met Tuesday to discuss the situation in Myanmar and the Special Envoy of the Secretary-General of Myanmar Christine Schraner Burgener had urged the Council to collectively send a clear signal in support of democracy in Myanmar.
Secretary General Antonio Guterres, in an interview to The Washington Post, had vowed to mobilise the international community to put enough pressure on Myanmar to ensure that the military coup in the country fails and had expressed hope that unity will prevail in the Security Council to deal with the crisis. (PTI)