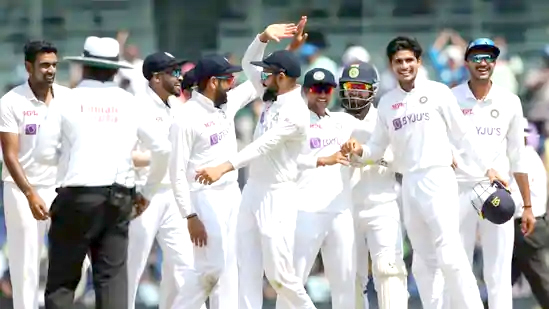 Chennai, February 16: Exploiting the spin-friendly conditions, a dominant India thumped England by 317 runs in the second Test to level the four-match series 1-1, here on Tuesday.

India bundled out England for 164 in their second innings with more than four sessions to spare in the match.
The victory was crucial for India in the context of World Test Championship as they need to win the series at least with a 2-1 margin or better to make the cut for the title clash against New Zealand.
India had lost the opening Test at the same venue by a massive 227-run margin.
The Test series will now move to Ahmedabad where the third Test, which will be a day/night affair with pink ball, begins on February 24.
In pursuit of an improbable 482-run target on a difficult pitch, England began at the overnight score of 53 for three but their batsmen struggled to counter the spin challenge posed by the home bowlers.
Off-spinner Ravichandran Ashwin (3/53) first sent back Dan Lawrence (26) and then removed Stokes (8) to add to the misery of the visitors.
Axar Patel (5/60) enticed a lofted sweep from Ollie Pope (12), who was caught by Ishant Sharma. Left-arm wrist spinner Kuldeep Yadav got his first wicket when he had Ben Foakes (2) caught by Patel.
Skipper Joe Root (33) kept one end tight in the morning session but struggled to handle ball from Patel that bounced a bit too much and was caught in the slip region.
Once Root was back in the pavilion, it was not difficult for India to wrap up the proceedings though Moeen Ali hit an attacking 43.
India jump to second spot in WTC rankings after big win over England
The resounding 317-run win over England in the second Test here on Tuesday propelled India to second in the World Test Championship standings issued by the ICC.
After the series-levelling win at Chepuak, India have 69.7 percentage of points (PCT) and 460 aggregate points, behind New Zealand who have already qualified for the WTC final to be held at the Lord’s June.
New Zealand have 70.0 PCT and 420 points.
India, who had lost the first Test by 227 runs at the same venue, need to win the one more and at least drawn another to make it to the WTC final.
They were fourth on the table before Tuesday’s result.
Virat Kohli’s men are currently playing in their sixth series of the WTC cycle, having won 10 matches, lost four and drawn one.
Australia are at the third spot with 69.2 PCT and 332 points while England are fourth with 67.0 PCT and 442 points.
The third Test — a day/night affair — begins in Ahmedabad on February 24. (PTI)
Brief Scores:
India: 329 and 286 all out in 86.5 overs.
England: 134 and 164 in 54.2 overs (Moeen Ali 43, Joe Root 33, D Lawrence 26; Axar Patel 5/60, R Ashwin 3/53). 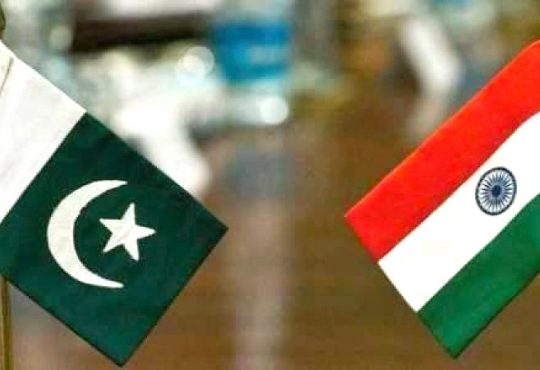