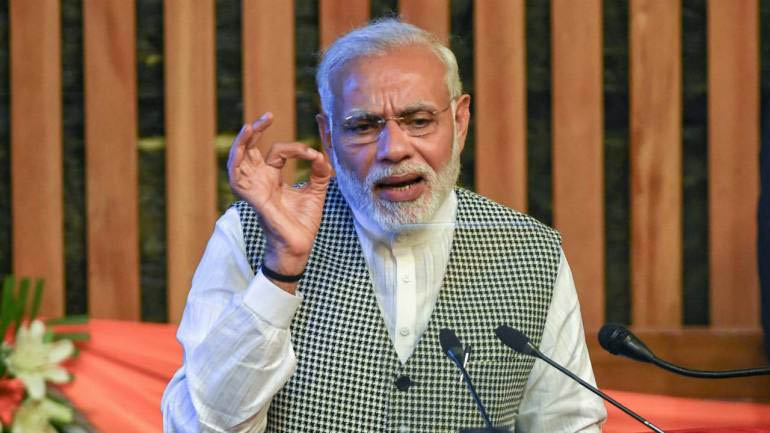 Kathmandu, August 30: Making a strong pitch for enhanced regional connectivity, Prime Minister Narendra Modi said on Thursday that India is committed to work with the BIMSTEC member states in the critical sector and to combat the menace of terrorism and drug trafficking.
“I believe that there is a big opportunity for Connectivity – trade connectivity, economic connectivity, transport connectivity, digital connectivity, and people-to-people connectivity,” he said while addressing the inaugural session of the 4th BIMSTEC summit here.
The BIMSTEC is a regional grouping comprising India, Bangladesh, Myanmar, Sri Lanka, Thailand, Bhutan and Nepal. The grouping accounts for 22 per cent of the global population, and has a combined gross domestic product of USD 2.8 trillion.
“India is committed to work with the BIMSTEC member states to enhance regional connectivity,” Modi said.
This region has become a meeting point for India’s Neighbourhood First and Act East policies, Prime Minister Modi said.
“The Bay of Bengal holds special significance for the security and development of all of us,” he added.
“There is no country in the region which has not suffered from terrorism and trans-national crimes such as drug trafficking linked to networks of terrorism,” he told the summit which was inaugurated by Nepal Prime Minister K P Sharma Oli.
Modi said India is ready to host a conference under BIMSTEC frame-work on narcotics related topics.
The BIMSTEC member states situated between the Himalayas and the Bay of Bengal face frequent natural disasters such as flood, cyclone and earthquake, Modi said and called for “cooperation and coordination” among them in humanitarian assistance and disaster relief efforts.
“As no single country can move alone for attaining peace, prosperity and development, we need to collaborate and cooperate with each other in this interconnected world,” he said.
“We need to work together in the areas of trade, economic, transport, digital and people-to-people connectivity for our common benefit,” he added.
“We not only have diplomatic relations with all BIMSTEC countries but (we) are strongly connected by civilisation, history, art, language, cuisine and shared culture,” the prime minister said.
He also offered to host a conference in the areas of agricultural research and various other initiatives, including for start-ups, for the common benefit of the member states.
For research on art, culture and other subjects in the Bay of Bengal, India would set up a Centre for Bay of Bengal Studies at Nalanda University, he said.
Prime Minister Modi said India will host International Buddhist Conclave in August 2020 and invited all BIMSTEC member states to attend the event as guest of honour.
He also said that India is committed to enhance its national knowledge network in the field of digital connectivity in Sri Lanka, Bangladesh, Bhutan and Nepal.
Modi offered to hold BIMSTEC Youth Summit and form a BIMSTEC Women Parliamentarians Forum.
He also hailed the BIMSTEC Multinational military exercise being held in India next month.
The summit was attended by Bangladesh Prime Minister Sheikh Hasina, Sri Lankan President Maithripala Sirisena, Thailand Premier Prayut Chan-o-cha, Myanmar’s President Win Myint and Chief Advisor to the Government of Bhutan Gyalpo Tshering Wangchuk. (PTI)