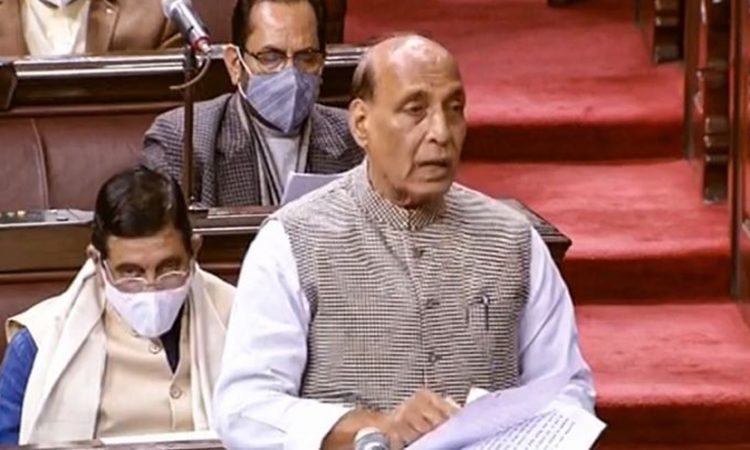 New Delhi, February 11: India and China have reached an agreement on disengagement in the North and South banks of Pangong lake in eastern Ladakh that mandates both sides to “cease” forward deployment of troops in a “phased, coordinated and verifiable” manner, Defence Minister Rajnath Singh announced in Parliament on Thursday, in a breakthrough after a nine-month border standoff.

In his statement, Singh also gave a genesis of the standoff and said the Chinese side had mobilised a large number of troops and armaments along the LAC as well as in the depth areas, adding Indian armed forces too had made adequate and effective counter deployments to ensure that India’s security interests were fully protected.
China on Wednesday said the Chinese and Indian frontline troops at the southern and northern bank of the Pangong Tso started “synchronised and organised disengagement” from February 10 in accordance with the consensus reached by both sides at the ninth round of China-India Corps Commander- Level meeting. The ninth round was held on January 24 and it lasted for around 16 hours.
Both sides had rushed a large number of battle tanks, armoured vehicles and heavy equipment to the treacherous and high-altitude areas of eastern Ladakh region after tension escalated following a deadly clash in the Galwan Valley in June last.
Twenty Indian soldiers were killed in the fierce hand-to-hand combat on June 15 in Galwan Valley, an incident that marked the most serious military conflicts between the two sides in decades.
China is yet to disclose the number of its soldiers killed and injured in the clash though it officially admitted to have suffered casualties. According to an American intelligence report, the number of casualties on the Chinese side was 35. (PTI)