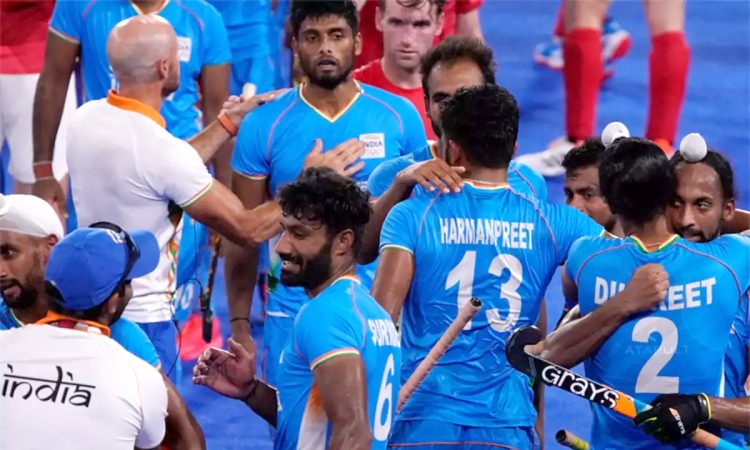 TOKYO, August 1: A determined Indian men’s hockey team advanced to the Olympic semifinals for the first time in 49 years, beating Great Britain 3-1 in the quarterfinals on Sunday, a triumph which leaves the side within touching distance of a medal that has proved elusive for over four decades.

The fourth quarter saw one goal from each side, including Windfeder’s second, leaving the final score at 3-1. (PTI/Agencies)