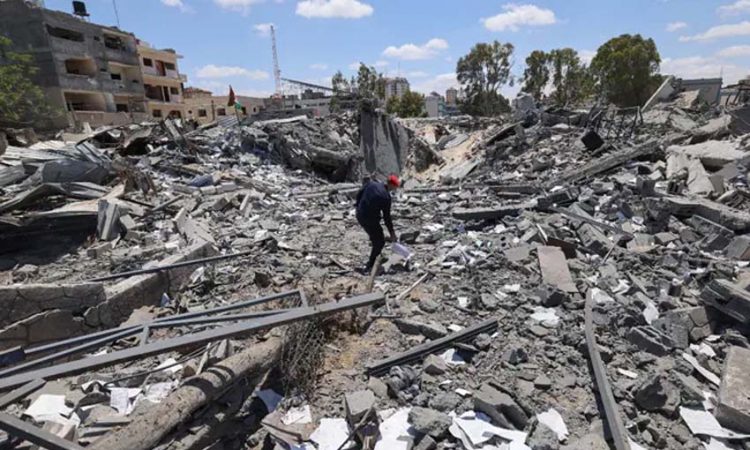 New Delhi, May 28: India was among 14 countries that abstained from voting on a resolution at the UN Human Rights Council to launch an investigation into alleged violations and crimes during the 11-day conflict between Israel and Hamas in Gaza.
The resolution was adopted as 24 countries voted in favour of it while nine opposed it at the end of an all-day special session of the 47-member UN body at its headquarters in Geneva on Thursday.

According to official details, India abstained from voting together with 13 other member nations of the grouping. China and Russia were among those voting in favour.
“The Human Rights Council this afternoon adopted a resolution on ensuring respect for international human rights law and international humanitarian law in the occupied Palestinian territory, including East Jerusalem, and in Israel,” the UN body said in a statement.
It said the international commission of inquiry has been established to investigate violations of international humanitarian law and all alleged violations and abuses of international human rights during the recent conflict.
The special session of the Council was called to discuss the “grave human rights situation” in the Palestinian territory including East Jerusalem.
India’s permanent representative to the UN in Geneva Indra Mani Pandey said at the special session that New Delhi welcomes the diplomatic efforts of the international community and regional countries that have resulted in bringing ceasefire between Israel and armed groups in Gaza.
“India calls on all parties to show extreme restraint, desist from actions that aggravate tensions and refrain from any further attempts to unilaterally change the existing status-quo, including in East Jerusalem and its neighbourhoods,” he said.
In a statement, Mr Pandey also expressed concern at the continuing violence in Jerusalem, especially at Haram Al Sharif and other Palestinian territories.
“We remain concerned about the continuing violence in Jerusalem, especially at Haram Al Sharif/Temple Mount and other Palestinian territories, and about the possible eviction process in Sheikh Jarrah and Silwan neighbourhoods in East Jerusalem,” he said.
Pandey said the indiscriminate rocket firings from Gaza targeting the civilian population in Israel, and the retaliatory airstrikes into Gaza have caused immense sufferings.
“We deeply mourn the loss of civilian lives resulting from the violence, and urge the international community”s immediate attention to providing humanitarian assistance to the Palestinian civilian population, particularly in Gaza,” he said.

“India continues to provide developmental and humanitarian assistance to the Palestinian Authority, including COVID-19 related assistance, bilaterally, and through our dedicated contribution to the UN,” he added.
Both Israel and Hamas agreed on a ceasefire that has come into effect on last Friday after 11 days of intense fighting in which around 230 people were killed in Gaza and 12 in Israel.
Pandey said India was firmly convinced that dialogue remains the only viable option that can effectively address the issues confronting the region and its people. (PTI)