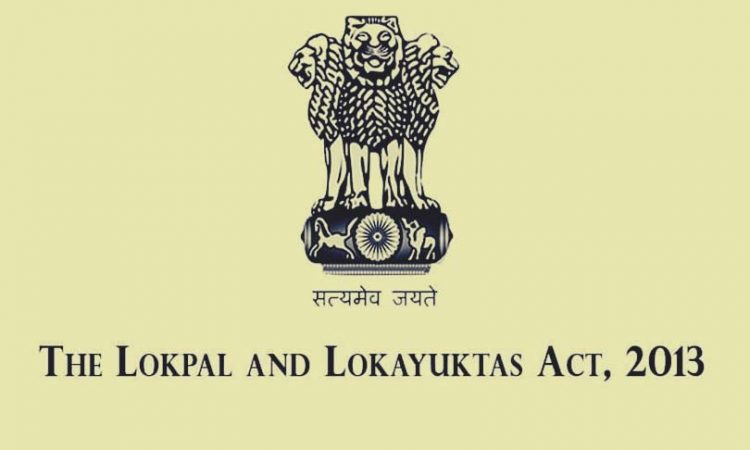 NEW DELHI, February 6: The government has sought applications for chairman and members of anti-corruption ombudsman Lokpal, nearly five years after the Lokpal Act came into force, officials said on Wednesday.
An advertisement seeking applications from desired and eligible candidates has been issued by the personnel ministry.
For the appointment as the chairman, a person who is or has been Chief Justice of India or a Supreme Court judge is eligible to apply.
Besides, individuals with “impeccable integrity and outstanding ability” having special knowledge and expertise of not less than 25 years in matters related to anticorruption policy, public administration, vigilance, finance including insurance and banking, and law and management are eligible to apply.
Those with less than 45 years of age are not eligible to apply.
According to rules, there is a provision for a chairperson and a maximum of eight members in the Lokpal. Of these, four need to be judicial members.
“Not less than 50% of the members of the Lokpal shall be from amongst the persons belonging to the Scheduled Castes, the Scheduled Tribes, Other Backward Classes, minorities and women,” the advertisement seeking the applications reads.
Upon selection, the chairperson and members shall hold office for a term of five years or till they attain 70 years of age.
The salary and allowances of the chairman of the Lokpal will be same as that of the Chief Justice of India. The members will be paid salary and allowances same as that of a judge of the Supreme Court.
The last date to apply for the post is February 22.
The advertisement was issued following a meeting of an eight-member search panel late last month.
The search committee, mandated to form a panel of candidates who could be considered for the appointment as chief and the members of Lokpal, held its first meeting on January 29.
The panel, headed by former Supreme Court judge Ranjana Prakash Desai, had then discussed modalities related to the appointments.
The Supreme Court had recently set up a February-end deadline for the Lokpal search committee to send a panel of names who could be considered for the appointment as its chairman and members by Prime Minister Narendra Modi-led selection committee.
The apex court had on January 17 asked the search committee to complete its deliberations and recommend the names by the end of February.
The Lokpal Act, which envisages establishment of the anti-graft body Lokpal at the Centre and Lokayuktas in states to look into cases of corruption against certain categories of public servants, was passed in 2013.
As per the advertisement, the chief and members of the Lokpal are not eligible for reappointments.
They will also not be eligible for any diplomatic assignment, appointment as administrator of a Union territory and for further employment to any other office of profit under the government of India.
The act prevents the chief and members of the Lokpal from contesting any election of President or member of either house of Parliament or member of either house of a state legislature or municipality or panchayat within a period of five years from the date of relinquishing the post.
The Lokpal selection committee is headed by the prime minister and has as its members the Lok Sabha Speaker, leader of the opposition in the lower house, the Chief Justice of India or a judge of the apex court nominated by him, and an eminent jurist who could be nominated by the President or any other member.
Leader of Congress in Lok Sabha Mallikarjun Kharge had been invited in the past meetings of the selection panel as “special invitee”.
President Ram Nath Kovind had nominated former attorney general of India Mukul Rohatgi as “eminent jurist” as the member of the panel against the vacancy arising following the death of senior advocate PP Rao. (Agencies)