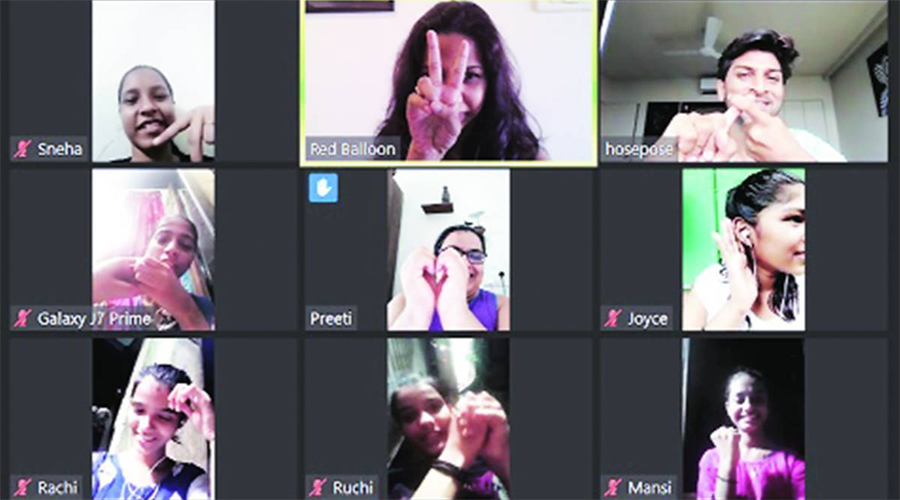 Amid the raging pandemic, when Dharavi had become a COVID-19 hotspot earlier this year, 4 girls between 13 and 18 years of age, saw an opportunity to do something they had never done before.
Cocooned in their houses due to the lockdown, the girls, who had never shot a film before, learnt learning aspects of filmmaking on Zoom ~ like how to pan a camera and shoot a short film within their houses.
The girls, as part of a project by NGO Red Balloon that partnered with SNEHA, did everything from choosing the topic, writing the script, shooting the film, acting in it with many of their parents too making an appearance. The short film on sexual harassment in Dharavi is likely to be released on social media this week.
Dharavi resident Sneha Jaiswar has received several queries from her friends about “when her movie will be released”.
“When we were asked to select a topic, it did not take us long to decide on sexual harassment. The girls in the area have to face everything from catcalls to obscene messages. We are always told to ignore such things so we made the movie around the #iwontignore campaign,” the 16-year-old said.
While coming up with the topic was easy, the next week in June was the tough one when they had to learn how to use their cellphone cameras to shoot.
They were trained on Zoom calls by Red Balloon’s creative mentor Huzefa Roowala. “We didn’t know things like panning the camera or using particular angles to shoot. Some of our parents were also cast in the film. It took us 2 weeks,” Jaiswar said. “Now, even if I have to take photographs of our notes, I use some of the techniques we were taught during the workshop,” she added.
The 4 girls were part of a group of 25 children with whom Red Balloon had worked last year. Lavanya Agarwal, co-founder of Red Balloon, said that they work with young adolescents who raise awareness within their community. “Last year, our outreach partner in Dharavi, Sneha, gave us access to 25 young persons in the 13 to 18 age group. Among them, 10 were selected for a leadership project. There was a workshop in June where it was decided that they would shoot a film and the issue was sexual harassment in the area.”
Due to COVID-19, however, they could not meet to shoot the film and eventually, only 4 girls could commit to learning filmmaking on Zoom meetings and shoot it at home.”Since a lot of these issues are related to the parents and guardians of the girls, they have also been involved since day one,” said Lavanya.
Jaiswar, who has now got a month-long fully paid internship with Red Balloon for filmmaking, said: “I am hopeful that the short film will make people think about their attitude to harassment faced by women and ensure that they are not asked to ignore it anymore.” (Courtesy: IE)