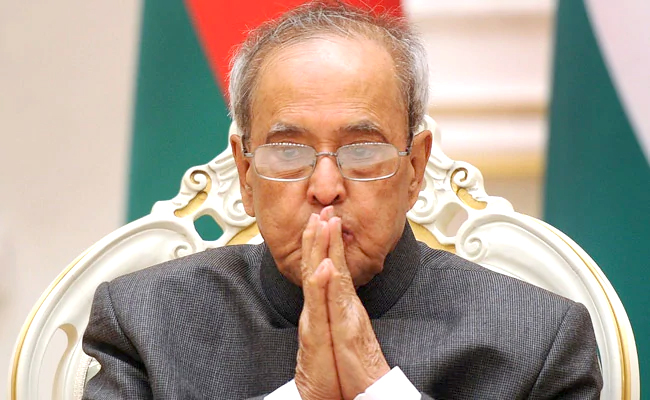 New Delhi, December 11: At a time the Congress confronts unrelenting in-house criticism of its top leadership after multiple election defeats, the final volume of Pranab Mukherjee’s memoirs, out soon, may deliver more home truths. The former President, who died in August, appears to blame former Prime Minister Manmohan Singh and Congress president Sonia Gandhi for the party’s 2014 defeat. He also writes that “some members of the Congress” believed had he been Prime Minister, the party would not have lost power.
“Some members of the Congress have theorized that, had I become the PM in 2004, the party might have averted the 2014 Lok Sabha drubbing. Though I don’t subscribe to this view, I do believe that the party’s leadership lost political focus after my elevation as president. While Sonia Gandhi was unable to handle the affairs of the party, Dr (Manmohan) Singh’s prolonged absence from the House put an end to any personal contact with other MPs,” Dr Mukherjee writes, according to excerpts from “The Presidential Years” released by publishers Rupa.
In the book, set for release in January, Pranab Mukherjee, who was Union Minister in almost every Congress government until he became President in 2012, analyses why the Congress crashed in the 2014 general election.
Dr Mukherjee also compares the two Prime Ministers he worked with – Manmohan Singh and his successor Narendra Modi.
“I believe that the moral authority to govern vests with the PM. The overall state of the nation is reflective of the functioning of the PM and his administration. While Dr Singh was preoccupied with saving the coalition, which took a toll on governance, Modi seemed to have employed a rather autocratic style of governance during his first term, as seen by the bitter relationship among the government, the legislature and the judiciary. Only time will tell if there is a better understanding on such matters in the second term of this government,” he writes.
The book, say sources, reflects on his controversial decisions of imposing president’s rule in various states, which were overturned by the Supreme Court, and his role in the shock demonetisation of 2016.
The publishers call the book a “deeply personal account” in which Dr Mukherjee describes “the difficult decisions he had to make and the tightrope walk he had to undertake to ensure that both constitutional propriety and his opinion were taken into consideration”.
Dr Mukherjee died at 84 in August, days after a brain surgery after testing positive for Covid.
Often called the “best Prime Minister that India never had”, Dr Mukherjee tackled his complicated relationship with the Congress leadership even in his previous books.
He was widely expected to be Sonia Gandhi’s choice for Prime Minister after she refused to take the top job in 2004. But she picked Manmohan Singh.
In 2017, at the launch of a previous instalment of Dr Mukherjee’s book, Manmohan Singh had noted that he was “correctly upset when I was made Prime Minister”. He said: “He had a reason to feel upset but he respected me and we have a great relationship which will continue till we live.” (ndtv)