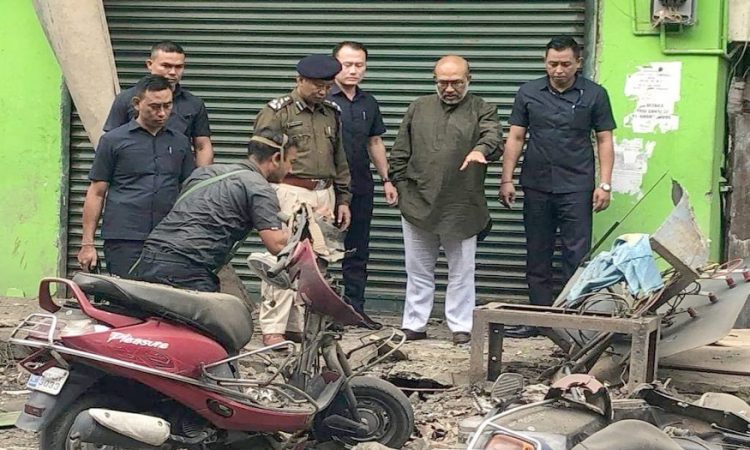 Imphal, November 5: Six people – five police commandos and a civilian – were injured in an IED blast at Imphal town of Manipur on Tuesday, police said.
The explosion that occurred at Thangal Bazaar at 9.30 AM also damaged some vehicles.
Manipur Chief Minister N Biren Singh said detonation of the improvised explosive device (IED) was an “act of cowardice”.
He said, “It is a reaction by people who are frustrated and disappointed over the visible changes in the state in the past two-and-half years towards bringing peace.”
Singh who became the chief minister in the BJP-ruled state in March 2017 inspected the blast site and visited the injured people in a hospital.
The condition of the six injured people is reportedly stable.
The injured police personnel are an additional superintendent of police, one sub-inspector, two assistant sub-inspectors and a rifleman, a police officer said.
The police announced a cash reward of Rs 1 lakh to anyone who provides information about the perpetrators of the blast.
It is the second blast in four days in Imphal.
On November 2, an IED explosion triggered by unidentified persons at Telipati area in Imphal East district injured three BSF jawans. (PTI)