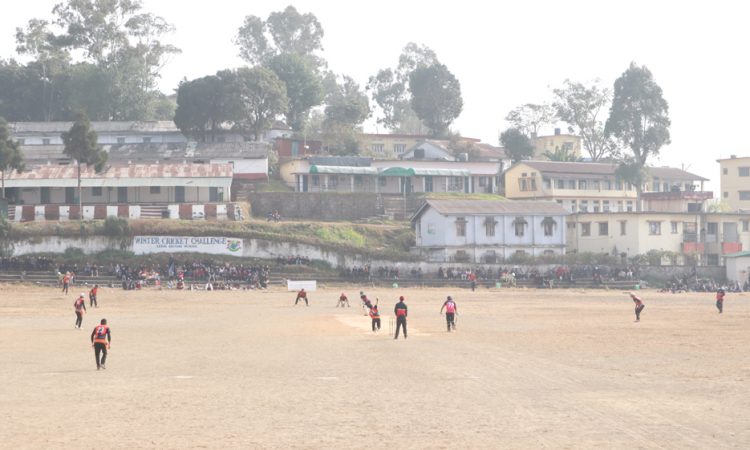 Match in action between EYL and Juggernauts

Dimapur, January 15: Imperials and Juggernauts register win in their respective matches in the ongoing 25th edition of Winter Cricket Challenge played at local ground, Wokha on Friday. Both the teams will compete in the final match on January 16.

In the first match KLSU won the toss against Imperials and elected to bat.
KLSU hit a target of 49 runs in 20 overs at 2.45 RPO.
Imperials displayed an amazing batting performance and won the match by 9 wickets.
Yanrenthung Ngullie who claimed 6 wickets was named the man of the match.
In the second match of the day Juggernauts won the toss against EYL and elected to bat first.
Juggernauts hit a target of 113 runs at 5.65 RPO in 20 overs.
Hakao Murry claimed 3 wickets and delivered 18 inexpensive runs in just 4 overs and helped Jaggernauts win the match by 14 runs.
Man of the match award in the second match was claimed by Hakao Murry.
(Page News Service)