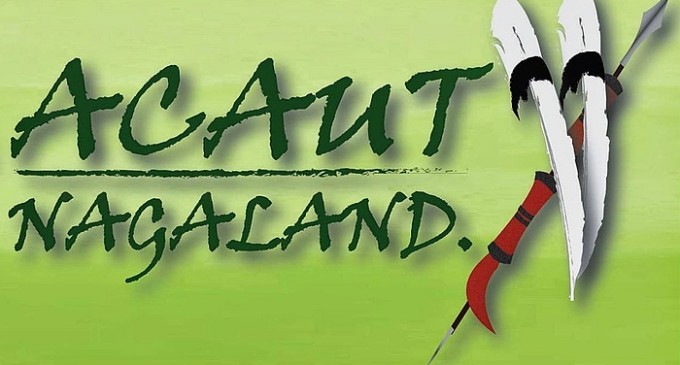 Dimapur, September 15: ACAUT Nagaland has sought the immediate intervention of the Governor of Nagaland to break the shackles of unabated taxation and corruption in the State.
In an open letter to the Governor, ACAUT alleged that unscrupulous persons in transport unions are hand in gloves with some members of various Naga Political Groups in order to continue their hold on illegal and unabated taxation.
In the open letter, ACAUT chairman Tia Longchar; co-chairman Simon Kelio and secretary Hetoi Chishi alleged that various orders and diktats have been issued to ensure that only certain identified transporters carry particular goods and items at their prescribed rates which is way above the usual rates.
The letter alleged that transporters not complying with such imposition are harassed with summons and ends up paying heavy fines. “Business houses and shopkeepers are compelled to shell out unjustified transportation fare due to the existence of such syndicates and monopolies. This has resulted in shooting up of prices in essential commodities and ultimately it is the general public that suffers the most. This upgraded astute ploy of indirect illegal and unabated taxation is going on and the District Administration has turned a Nelson’s eye to such malpractices,” it claimed.
ACAUT also termed as shameful to have various unions and associations from Assam to reprimand and warn the Government of Nagaland to reign in illegal taxes being collected by its own law enforcing agencies and underground outfits at designated points and gates in spite of the GST receipts being produced.
“It is one thing for the District Administration to issue order for punitive action on overloaded goods vehicles but not ensuring security and rooting out the menace of illegal tax in the highway is another and the different sides of the same coin. It is as good as placing the cart before the horse,” it maintained.
On the COVID fuel cess, the letter said it was understood that the fuel cess during lockdown was to meet emergency expenses “but to continue the particular tax in spite of grants from the Centre in terms of hundreds of crores has let the public fuming.”
“In a State where almost half of its population is below the poverty line they are left with no option but to use public transportation with its inflated fares that burns their pockets everyday. The cascading effect of this fuel cess tax is making the price of essential commodities spiral out of control in the interior villages and far-flung areas of Nagaland. Inspite of the hike in fuel cost it has not ensure unadulterated fuel as reports of fuel pilferage still persist.”
Insisting that a total revamp in the system of governance, especially with livelihood policy for generating entrepreneurial activities is the need of the hour or else we are heading for social upheaval and unrest, the ACAUT reminded that with more than 30,000 returnees, “who are now jobless, their very means of survival are at stake, therefore securing transport and logistic services has become an outmost priority.”
“The syndicates that have monopolized on every consumer’s items causes practical obstacles and serve as a big deterrent for any entrepreneurs which will result in “miscarriage of dreams and expectations”. Without a competitive market and an open trade system for market dynamics to operate our state will soon be the only state that is economically backward among the North East states with the Act East policy being implemented. Anti-social indulging in syndicates for monopolistic interest should be put behind bars and should be treated at par with a terrorist,” it said.
Demanding that the recommendations of the High Powered Commission report submitted in 2016 to the Government of Nagaland be implemented at the earliest for justice and for semblance of rule of law in the land, ACAUT said, “We cannot allow anybody, however powerful and rich they maybe to hunt with the hounds and run with the hare anymore.”
“As stated by you in the Independent Day’s message the “investment-friendly eco-system” has to be created as vested interests has “misappropriated the dividends of peace,” it added. (Page News Service)