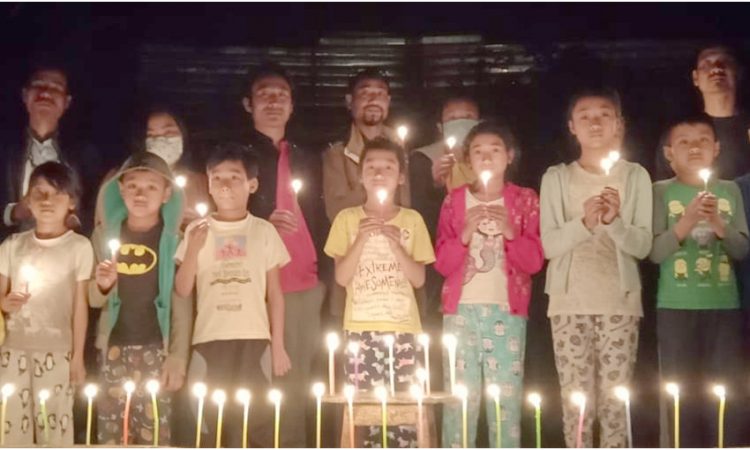 Dimapur, November 8: The International Human Rights Council, Tuensang Unit held a Candlelight Service on November 8 at Tuensang for the rape victim from Dimapur.
Speaking on the occasion, B Yemlongchaba, State Vice Secretary, IHRC highlighted the rape cases that is happening in India and Nagaland.
He said back then there were no crimes known to Nagas but now it has comes to our doors. He stated that irrespective of age and gender, everyone deserves equal justice. He said that there is no place for crime and justice should be delivered at the earliest to the lost soul.
He also emphasized on women rights and equality in the society. He also stated that with the rise of crimes, justice should also not be delayed and every act of crime should be dealt according to the law.
The programme was chaired by Sangmak P Sangtam Vice president and welcome note was rendered by BM Yanchu President IHRC Tuensang Unit.

The IHRC, Tuensang Unit also expressed deepest condolences to the bereaved family and also appealed to the law and decision makers to bring justice for the lost soul at the earliest. (Page News Service)