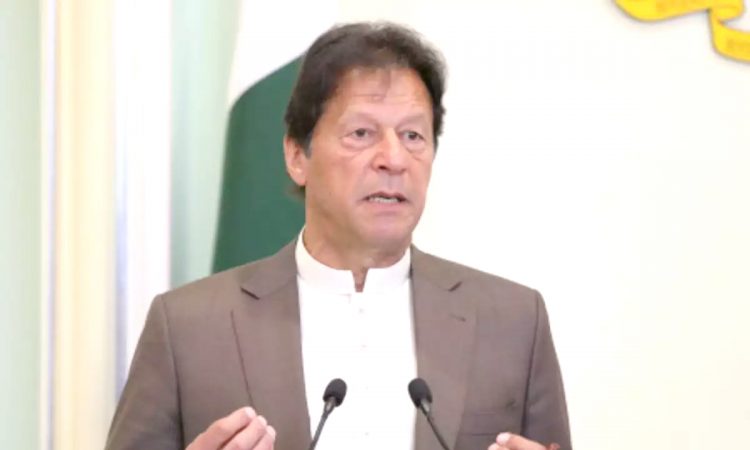 In April, during a question and answer session with the public, Imran Khan had said that the rise in sexual violence in Pakistan, particularly against children, was caused due to “fahashi” (vulgarity).
Defending his earlier remarks, Mr Khan in an interview with Axios’ on HBO said, “…I said the concept of ”purdah”. Avoid temptation in society. We don’t have discos here, we don’t have nightclubs. It is a completely different society way of life here. So if you raise temptation in society to a point — all these young guys have nowhere to go — it has a consequence in the society.”
Answering a question if the woman’s clothes can provoke sexual violence, Mr Khan said, “If a woman is wearing very few clothes it will have an impact on the men unless they are robots. It”s common sense.”
When further prodded, he added, “It depends which society you live in. If in a society people have not seen that sort of thing, it will have an impact on them.”
Calling Imran Khan a “sick, misogynistic, degenerate”, Pakistan Muslim League (PML) spokesperson Marriyum Aurangzeb came down heavily on the Pakistan Prime Minister.
“The world got an insight into a mindset of a sick, misogynistic, degenerate & derelict IK. It is not women”s choices that lead to sexual assault rather the choices of men who choose to engage in this dispicable and vile crime,” Aurangzeb tweeted.
“Maybe the misogynist, degenerate can defend Paedophiles and murderers, as he advocates for rapist, after all, men cannot be expected to control temptation. Just FYI Mr degenerate, self-control is a little thing upon which Allah places a great premium,” she added.

Official statistics in Pakistan have revealed that at least 11 rape incidents are reported in the country every day, with over 22,000 cases reported to the police in the last six years.
However, only 77 of the accused have been convicted which comprises 0.3% of the total figure, reported Geo News. (ANI)