HomeIndia‘If I was not a minister, I would have bid for Air India’: Piyush Goyal
India
1 year agoNo tags 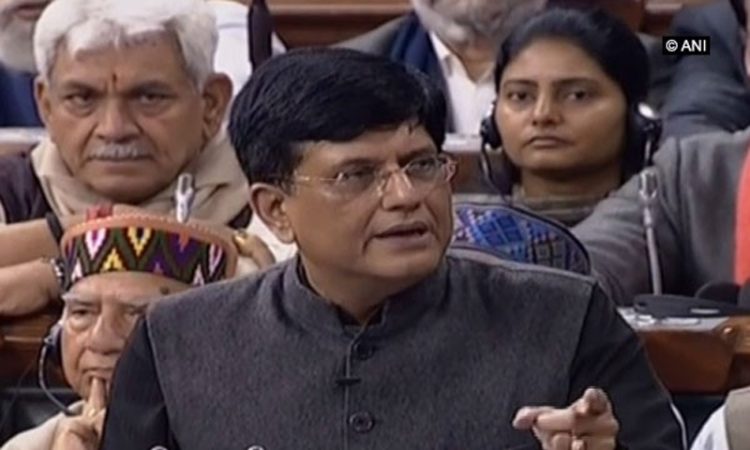 New Delhi, January 23: Union Minister Piyush Goyal on Thursday said if he was not a minister, he would be bidding for Air India, the debt-laden airline government seeks to divest.
“If I wasn’t a minister today, I would be bidding for Air India. It has some of the best bilaterals the world over… a well managed and efficient Air India with lot more good aircraft put in using these bilaterals is nothing short of a gold mine to my mind,” Goyal said in Davos, Switzerland, at a session on ‘Strategic Outlook: India’ at the World Economic Forum (WEF) annual summit.
Bilaterals refers to an agreement between two countries that allows each other’s airlines to operate services with a specific number of seats.
Goyal further said that in the first term, the government had inherited an economy which was in pretty terrible shape. “Steps were taken to put the economy back in shape and if the government had looked at divesting these jewels (BPCL and other government companies), it would not have got a great value,” added Goyal who holds the portfolios of Railways as well as Commerce and Industry.
Air India has been in the red for long and the government is now in the process of finalising the contours for its disinvestment.
At a meeting on June 28, 2017, the Cabinet Committee on Economic Affairs (CCEA) had in-principle approved the consideration for strategic disinvestment of Air India and its five subsidiaries. It had constituted Air India Specific Alternative Mechanism (AISAM) for the purpose, which basically is a Group of Ministers (GoM) to handle the strategic sale of the beleaguered national carrier.
Finance Minister Nirmala Sitharaman, Civil Aviation Minister Hardeep Singh Puri and Transport Minister Nitin Gadkari are its members. The AISAM decided in June last year to go ahead with the process of Air India’s disinvestment.
Air India’s disinvestment is likely to be completed in the next fiscal year, beginning April 1, 2020. The other companies government is looking to divest are Bharat Petroleum Corp. Ltd (BPCL), Container Corporation of India Ltd (Concor) and Shipping Corporation of India Ltd (SCI).
“We expect around Rs 1 lakh crore from the privatisation of BPCL, Air India, Concor, SCI and the rest from buybacks and follow-on public offers in some CPSEs (central public sector enterprises),” a finance ministry official said on condition of anonymity.
The government plans to privatise Air India by selling its 100 per cent ownership in the airline.
On January 7, the group of ministers approved the draft Expression of Interest (EoI) and Share Purchase Agreement (SPA) for the disinvestment of Air India. Unhappy with the move, Air India employee unions met Civil Aviation Minister Hardeep Singh Puri. At the meeting, the minister “assured” the employees of full payment of their arrears.
At his first meeting with the unions on January 2, Puri had said privatisation was inevitable and cooperation of the employees was necessary in carrying out the exercise.
In 2018-19, Air India’s net loss was around Rs 8,556 crore. The airline has a debt burden of more than Rs 80,000 crore.
(Courtesy: HT)