Who will win the ICC World Cup 2019? The question was asked to the captains of all 10 participating teams on Thursday in the captain’s conclave ahead of the tournament. While pretty much everyone agreed that World Cup 2019 will be one of the most competitive tournaments, hosts England appeared to be the hot pick of the captains.

Aaron Finch, Australia captain
“I think, England have been in great form over the last couple of years and along with India, they’ve probably been the standout performers. So you’d have to say England are definitely the favourites.
Finch also welcomed both David Warner and Steve Smith back as his team looks to defend the title they won in 2015.
“Since Warner and Smith have come back into the set-up they have been fantastic and contributed so much. The morale has been unbelievable. Once it gets underway, particularly against England, and further on for the Ashes, the crowd will play a part but that is expected everywhere in the world. We have plans in place for that, and their squad input and output in terms of the runs they have been making has been fantastic,” Finch said.
Virat Kohli, India captain
The way I look at it, there’s always going to be a huge fan-base for us anywhere we play in the world. But I have to agree with Aaron, I think England is probably – in their conditions – the most strong side in this tournament, but I also agree with Morgs, that all ten teams are so well balanced and so strong, and the fact that this is a tournament where we have to play everyone once, makes it all the more challenging. I think that’s going to be the best thing about this tournament, I see this as probably one of the most competitive World Cups that people are going to see
Eoin Morgan, England captain
England skipper Eoin Morgan said, “I don’t think anyone is head and shoulders above anyone else. These are the ten best teams in the world, it will be extraordinarily competitive and some quality cricket will be played so we are really looking forward to it.”
“Every captain sitting here would lose their left leg to play in a World Cup final at the home of cricket. It’s something every one of us would have dreamed of as a kid. We are as best prepared as we can be. We just want to play that first game now,” Morgan added.
Faf du Plessis, South captain
Du Plessis is hoping to become the first man to lead his side to a first-ever World Cup crown, after four semi-final appearances.
“We are all really excited to try out this new tournament, to play every once I think is great. The way we use our resources will be vital, but every team has X-factor bowlers that will have a big say in the successes of the side.”
“I think the bowlers will win it, the teams still in it towards the end of the tournament will be the teams that have done really well with the ball,” du Plessis said.
Sarfraz Ahmed, Pakistan captain
Pakistan skipper Sarfaraz Ahmed, who led his team when they won the ICC Champions Trophy in England in 2017, said that he is feeling confident.
“All the teams are really balanced. I think people are going to watch some great cricket. Since winning the World Cup in 1992, making the final in 1999 here in England and the Champions Trophy in 2017, we go well in England so we are confident we will do well and challenge,” Sarfaraz said.
Kane Williamson, New Zealand captain
New Zealand were the runners up four years ago and skipper Kane Williamson hopes his side can go one better this time.
“There are a few guys in the squad from the last World Cup which is great. But four years in between means there are a lot of new players. There has been talk about rankings, favourites, underdogs but what stands out is how balanced it is. Which means anything can happen on the day which is so exciting,” Williamson said.
Jason Holder, West Indies captain
Jason Holder said: “It is a very exciting format. In the past, you could play five or six games, and that could be it. To play every side is great for us. We worked hard with the qualifiers to get here, that means it is the top ten in the world, we want to play them all and give ourselves a shot. The team that wins will definitely deserve it.”
Dimuth Karunaratne, Sri Lanka captain
Sri Lanka’s new skipper Dimuth Karunaratne said: “We have great experience in England, we came here early to get used to the conditions and we are in good shape, hoping to do our best. It is not going to be easy though. We are confident and taking it each game one by one.”
Gulbadin Naib, Afghanistan captain
“We are excited to be here, in front of the cricket world and to play the best teams. To present Afghanistan to the world is great and we are looking forward to it. There will be a huge audience at home in all the different provinces. Cricket is not just a sport now, in Afghanistan it has become something else.”
Mashrafe Mortaza, Bangladesh captain
“We have got a great bunch of boys, a good mix of seniors and juniors coming on. Cricket is a game that anyone on their day can beat anybody. If we start well we can hang in there. We are confident that we can go well, but a lot depends on the start,” Mortaza said.
The Film Shed in London’s trendy East End hosted the 10 captains ahead of the 2019 tournament. The hosts England will kick-off the World Cup against South Africa on May 30 at the Oval. India will open its campaign on June 5 at the Hampshire Bowl against South Africa.
(Hindustan Times With Agency Inputs) 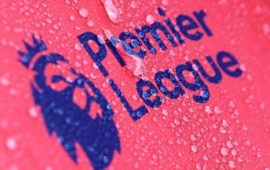 Premier League clubs vote against use of five substitutes next season 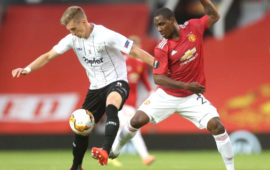 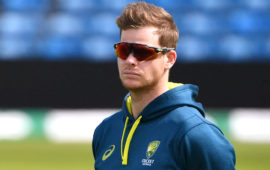 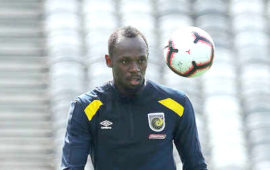 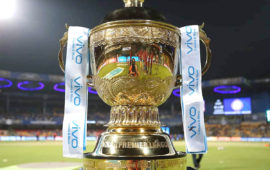 It’s official: Vivo will not be IPL title sponsors this year, says BCCI 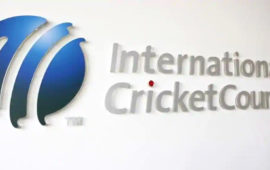 ICC Board meet on Friday: BCCI, CA to discuss on swapping of T20 World Cup 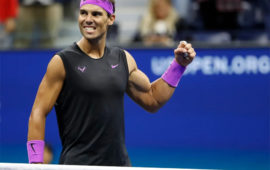 Defending champ Rafael Nadal to miss US Open amid pandemic 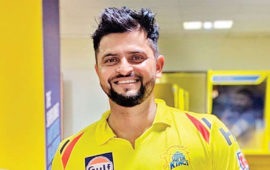 IPL 2020 will be full of challenges, need to have clarity of thought: Raina 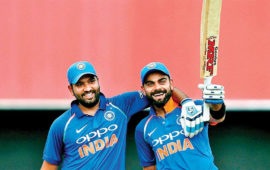 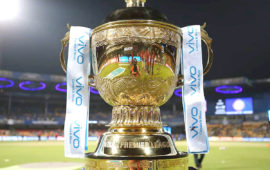