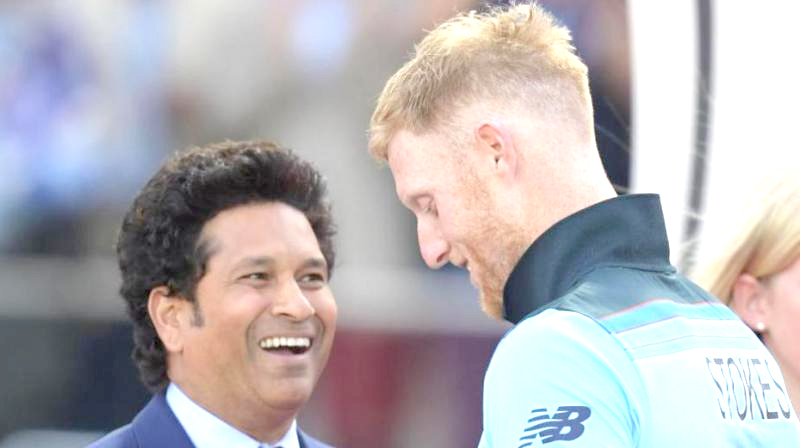 Mumbai, August 28: The International Cricket Council (ICC) created a massive outburst after it hailed Ben Stokes as the ‘greatest cricketer of all’. The global cricket body re-tweeted its old post of 2019 World Cup in which the body had uploaded a photo of ‘Master blaster’ Sachin Tendulkar along with the 28-year-old all-rounder Ben Stokes. In the post, the global cricket governing body had written “The greatest cricketer of all time along with Sachin Tendulkar”.
After Ben Stokes played a match winning knock of 135, which helped England to level the Ashes 1-1, the ICC re-tweeted the same photo with a new caption, “told you so”.
Following ICC’s new caption, the netizens slammed the global cricketing body for comparing Ben Stokes with ‘Maestro’ Sachin Tendulkar. Moreover, the Twitterati has also said that Ben Stokes can never match the level of legendary Sachin.
However, the Twitterverse also mentioned that Ben Stokes deserved all the credits for playing a match winning innings which helped England to chase down 359 for victory with one wicket to spare.
Stokes scored a crucial knock of 135 not out in the second innings to guide his team home and help England level the five-match series 1-1. Stokes, who also scalped four crucial wickets, has climbed up the ladder to become the second best all-rounder in ICC’s Test rankings. (Agencies)