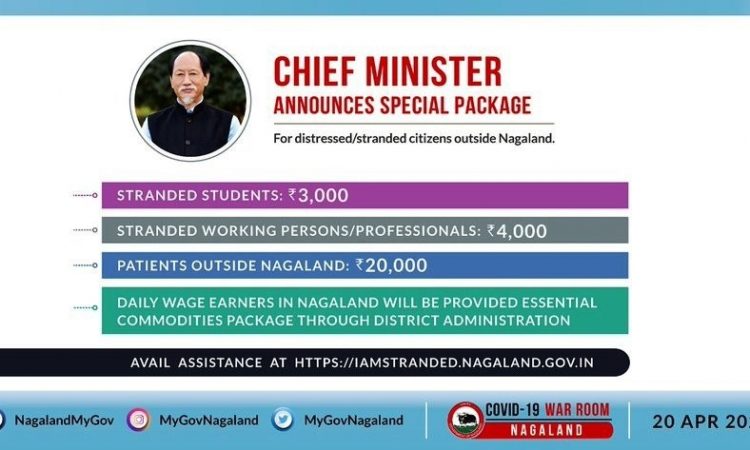 Dimapur, May 1: Nagaland Police has registered two cases in connection with COVID-19 related offences under IPC, I.T. Act and Disaster Management Act based on complaints received from the Principal Director, Directorate of School Education.
An official release said the first case pertains to one Mero who had falsely accused the State Government in social media platforms of debiting Rs. 4500 from his account.
The release said on enquiry, it was found that Mero has tried to withdraw Rs 4500 from an ATM in Mahipalpur Delhi but due to technical issues with the ATM he could not withdraw but was shown debited in his account.
“The individual has already availed the assistance of Rs. 4000/- under “Iamstranded” and was dishonestly trying to induce delivery of money for the second time by falsely stating that the State Government has debited money from his account. Further, the said individual had circulated the fake news in social media with the intent to cause fear or alarm to the public which will lead to offences against the State or against public tranquility. The accused in this case has been served summon to appear before the police,” it informed.
The other case relates to an anonymous person who has applied for the assistance under the same welfare measure provided by the State Government for people stranded outside the State. The release said the person had used obscene words and fictitious particulars to avail the money being given by the Government.
Preliminary investigation has revealed that the said person has accessed the portal from Chennai, Tamil Nadu using a Jio allotted IP address, it informed.
Nagaland Police has again appealed to the public to refrain from spreading unverified news which will lead to panic/alarm in times of this COVID-19 pandemic. It warned of stringent action against any individual under the relevant sections of law including Disaster Management Act and the Epidemic Act for any violation of law. (Page News Service)