HomeWorldI would have sacked army chief if Kargil war was conducted without informing me: Imran Khan
World
9 months agoNo tags 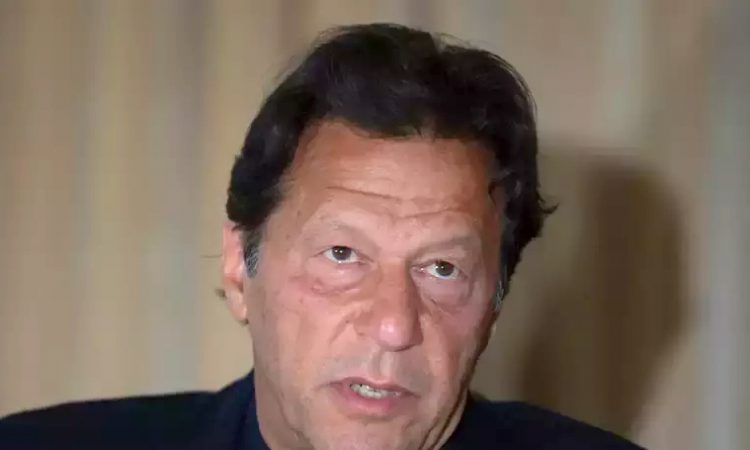 ISLAMABAD, October 2: Pakistan Prime Minister Imran Khan has said that he would have sacked the army chief had the Kargil war with India been started without informing him.
Nawaz Sharif, who was the Prime Minister during the Kargil war, has long maintained that he was not aware of what was happening when the conflict broke out in 1999. He says the then army chief General Pervez Musharraf had attacked Kargil without informing him.
“I would have sacked the army chief if Kargil operation was conducted without informing me,” Khan said in an interview to private news channel Samaa TV on Thursday.
Khan also said that he would sack the Inter-Services Intelligence (ISI) chief if the latter asked him to resign.
The comment was made in the context of three-time Prime Minister Sharif’s claim that the ISI chief asked him to step down in 2014 when Khan had unleashed a big protest sit-in the national capital.
He said the army was keeping the country united and slammed Sharif for targeting the military establishment.
“Look at Libya, Syria, Iraq, Afghanistan, Yemen; the entire Muslim world is ablaze [so] why are we safe? If it weren’t for our army, our country would’ve been in three pieces”, Khan said.
Sharif recently made two speeches from London, where he has been staying since November 2019 on medical grounds, directly attacking the army for interference in politics and claimed that Khan came to power through its support.
The powerful army, which has ruled Pakistan for more than half of its 70 plus years of existence, has hitherto wielded considerable power in the matters of security and foreign policy.
Khan also said that it was not the army’s job to run the government and failure of a democratically elected government should not be used to impose a martial law.
“If a judge gives a wrong decision it means the judiciary has to evolve. The army has evolved as well. Contemporary civil-military relations are the best in history because they are all working in their spheres,” he said.
He also claimed that the army was standing by the government in all matters including relations with India, opening of the Kartarpur Corridor and the coronavirus pandemic. (PTI)