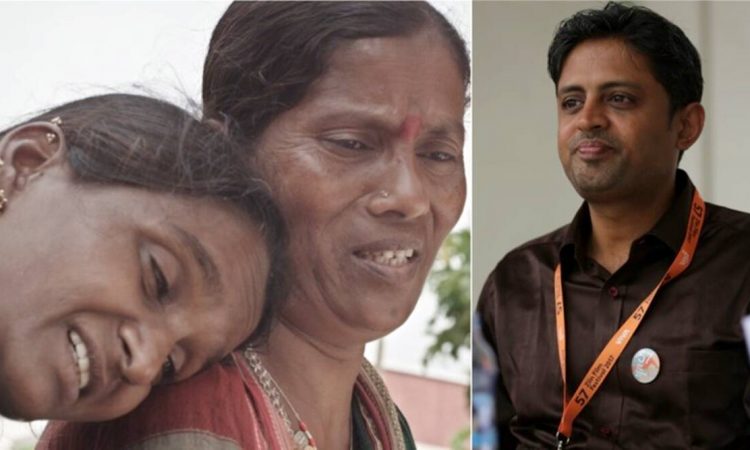 If cinematically something good came of 2020, it is in the number of quality non-Hindi films being made. Among them is Prithvi Konanur’s third feature, Kannada film Pinki Elli? (Where’s Pinki?), which was screened at the just-concluded 51st International Film Festival of India in Goa.
The film unfolds as a whirlpool, with eight-month-old Pinki at its centre. The unaware, innocent, bawling infant is faultless but creates a ruckus in the lives of those around by just existing. Her mother Bindushree (actor Akshatha Pandavapura) is a working woman. Her father never visited her since her parents separated. Her mum’s male friend doesn’t care for her. Pinki’s caretaker, Sannamma, spikes her milk with alcohol and lends her to her cousin Anusuya to go beg on the streets for a quick buck. The spaced-out Anusuya leaves her unattended and goes for a swig of arrack. A motherless sweeper-woman carries her away, wants to keep her as her own, and, later, agrees to sell her for adoption, but Pinki doesn’t look poor and exotic enough. The police detain the local transpersons for the kidnapping. The child welfare committee is to decide who gets Pinki’s custody. Each is a victim of their own situation.
As a parent’s worst nightmare comes true, the gritty 107-minute-long social-realist thriller – shot on handheld camera on real location – isn’t a mere black-and-white telling. It’s not just about the crime (albeit a widespread one) and criminals, but what follows and how it disrupts the lives of those involved. “I had read in a newspaper about this incident of a baby being rented out and it had remained in my mind for many years. I was interested in exploring what happens afterwards,” says Bengaluru-based Konanur, 41, who wanted to take the narrative in the direction of adoption, not child trafficking, which “is also a big part of it, but has already been explored on screen many times”. He integrates certain elements when a story requires it, like in the case of Railway Children (2016) to show children as being vulnerable to drug abuse, sexual harassment and other crimes. That film, which won the National Film Award for Best Child Artist in 2016, is based on a true story, inspired from Lalitha Iyer and Malcolm Harper’s book of case studies Rescuing Railway Children (2013). “It happens not so much in Bengaluru but is a big problem in Delhi, Mumbai and Hyderabad,” he says.
Children in the face of peril are at the centre of Konanur’s films. Whether runaways or abducted, on the streets or at sea, the stories he tells of them are off-beat. The days of how Satyajit Ray made cinema around children are long gone. Children in Indian cinema – if at all shown – more often than not, remain a mere blur, unless it’s a children’s film. Western realistic tradition (Iranian, Italian, Brazilian) has shown children as steering narratives for ideological ends, whether to speak of a systemic degeneration/oppression in a less direct way or upend their idealising by showing them as adult-like – corruptible and malevolent. With a shift in his techniques, Konanur’s storytelling has also moved from fantastical escapades (the Children’s Film Society-produced Alegalu/Waves, 2012) to reality’s trappings (Railway Children and Pinki Elli?).
Pinki Elli?, whose international-distribution rights have been bought by Berlin’s Picture Tree International, was presented as a work-in-progress at the 2019 NFDC’s Film Bazaar Recommends in Goa. The film had its world premiere in October at the Busan International Film Festival.
Konanur makes a cameo, too, as a middleman who comes to look at Pinki for potential adoption by an Australian family. The director trains the lens on dysfunctional modern nuclear families, class economics, gender politics, the saga of migrant workers (a glimpse at their hard-up lives), administrative inefficacies and systemic injustice. Like in Railway Children, the characters were played by non-actors (the protagonist came from a Don Bosco Centre childcare), most actors in Pinki Elli?, too, except those who play the parents, are non-actors.
Sannamma and Anusuya are real-life cousins, who work as domestic help, and come from slums near the shooting location in Bengaluru, “so we had to work around their time, they worked till 2-3 pm, we could only shoot after 3 pm, and they couldn’t travel, so we had to go near them. The aim was to keep things simple and real. The challenge was to make them trust you, they feel you are out to scam them,” says Konanur, who quit his software job in Europe, and wrote a Hollywood-oriented English script which never saw the light of the day. He then did a diploma at the New York Film Academy and returned to India to make films. Back home, he walked into Girish Kasaravalli’s set. Gulabi Talkies (2008) had already gone into production, so Konanur became the clapper boy. But the style of their filmmaking is different. While Kasaravalli is more visual, and works with metaphors, Konanur lets his characters pilot the story.
Konanur, who made a short Tamil drama, A Conditional Truce, in Sri Lanka in 2008, says, “I actually want to make serious documentaries but it’s extremely difficult to get funding for documentaries in India. Globally, there are funds, but there is equally a tough competition.”
(Courtesy: IE)