HomeSportsI keep a straight face but there is turmoil within: Viswanathan Anand
Sports
1 year agoDecember 20, 2019No tags 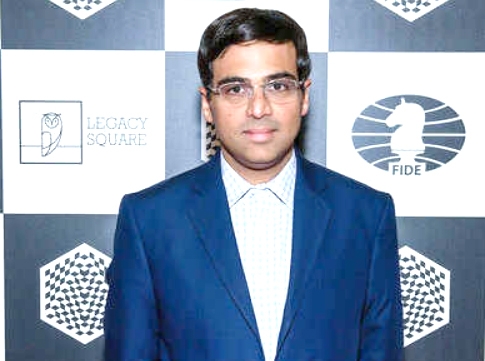 MUMBAI, December 20: Indian chess legend Viswanathan Anand says he has tried to be as honest as possible in his autobiography ‘Mind Master’ that was launched recently. He insists it contains anecdotes and recollections of his experiences over the years while playing at the highest level.
“To recall incidents that happened years ago and try to make sense of them was a challenging task but I have tried my best to be truthful and narrated my journey with utmost sincerity. So my book is not a ‘work of fiction’,” the chess wizard told TOI during a function organsied by the Fincare – Small Finance Bank, for which he is the brand ambassador at a city hotel on Thursday.
The five-time world champion said he did not feel the need to hold anything back because he knows his friends can separate things which will not affect their friendship. “See, I keep a straight face but there is turmoil inside me. If I dislike certain things, I will tell it. I have not been rude with anyone and have stated my displeasure on the basis of what others have told about me in various media. So there is nothing that crosses the line,” stressed Anand.
When asked about his thoughts on the sudden increase in the number of Grandmasters in the country, Anand said it is all thanks to technology. “I became GM in December 1987, the next one happened in 1990. It was very slow then but picked up a lot of speed later. In 2000, we had 6-7 Grandmasters. Today we have over 65 and this number is increasing very fast. It is very much because of technology and tools available today. (TNN)