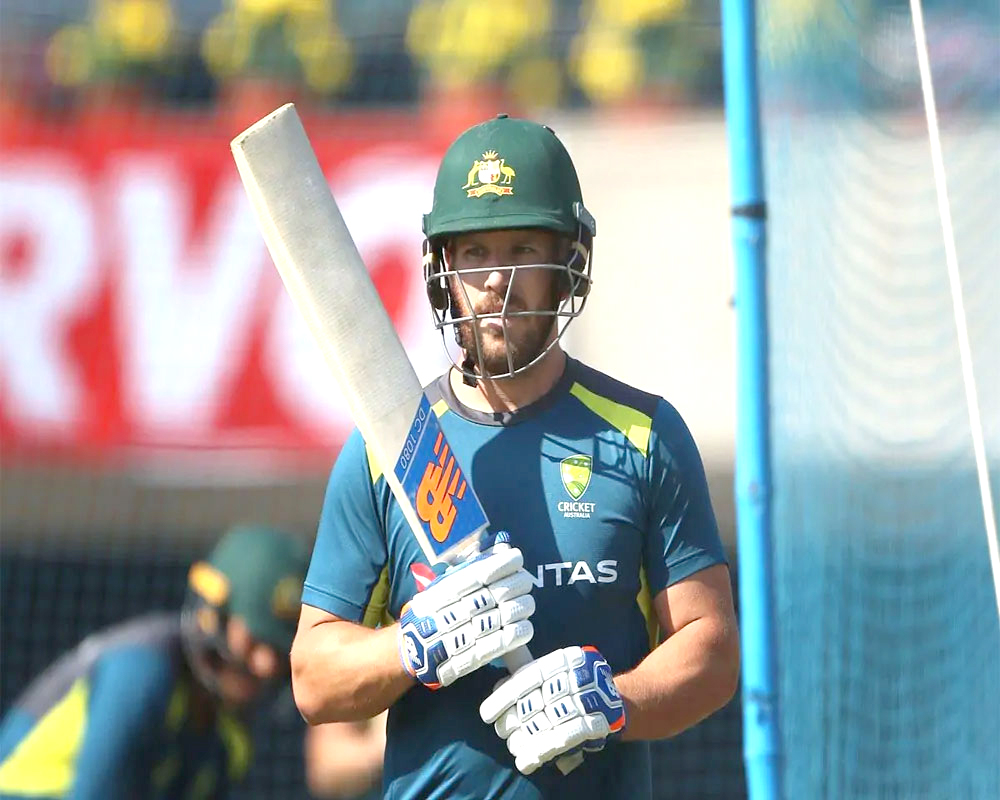 Derby, August 27: Australia limited-overs captain Aaron Finch has conceded that his Test career appears over, saying it is unrealistic for him to play red ball cricket again.
Finch, who is in England for a limited-overs series consisting three ODIs and as many T20 games, said he may not get enough first class games to stake claim for a spot in the Australian Test side.
He though is keen to compete in Test cricket one last time before hanging his boots. Finch has said that the ODI World Cup in India in 2023 would be his last assignment.
“In terms of red-ball cricket, I don’t think it’s realistic to play Test cricket again,” Finch was quoted as saying cricket.com.au.
“Just based on two things: the amount of opportunity to play four-day cricket and force a claim, I think, is going to be really limited; and also the young batters coming through, there are some seriously good players in Australia, especially top-order batters.”
Finch has played only five Tests in his career while he has featured in 126 ODIs and 61 T20Is.
“The talent depth is really, really strong at the moment so I don’t think that’s an opportunity to be honest,” he said.
The 33-year-old has been extremely successful whenever he has toured England scoring one-fifth of his runs here. He is just 28 runs short of completing 1000 runs against England in ODIs.
Only Ricky Ponting, Adam Gilchrist and Michael Clarke have more runs than him.
Finch said having played in England during the early days of his career, makes it a familiar place for him.
“It’s always a place I’ve loved batting, right from when I first came over as a club player up in York. I think having played over here for six county seasons in T20 and a bit of four-day cricket helps,” he said.
“You play at venues a lot more and you just get more familiar with the place having big squares here as a batter is always nice because you hit the ball through the field and you get full value for your shots.”
“I don’t know what it is, but I do love it over here.” (PTI)