HomeSports‘I am ready to leave this comfort’: Shoaib Akhtar reveals he has been approached by PCB for chief selector’s post
Sports
2 months agoNo tags 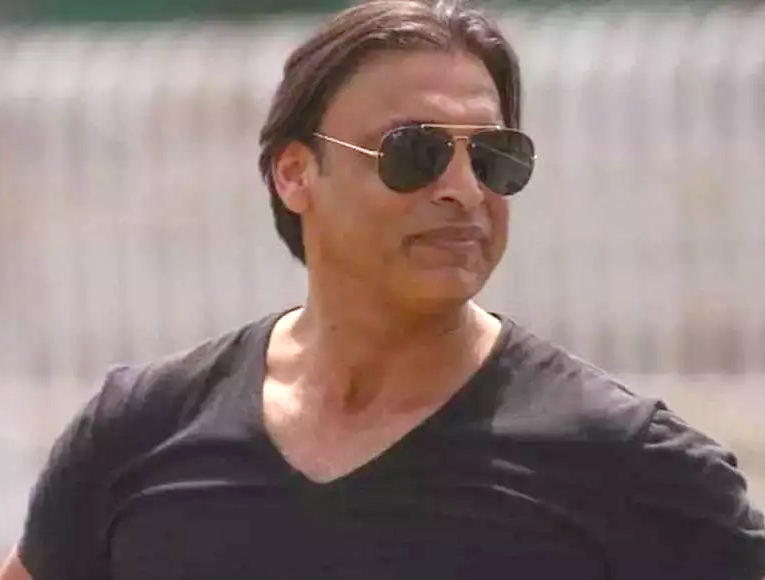 Karachi, September 10: Shoaib Akhtar has been a vocal critic of the state of affairs in Pakistan cricket. He has pointed out the inadequacies in the administration and the decline that has led to Pakistan going down in the ICC rankings. Akhtar some days back had criticised Pakistan head coach and chief selector Misbah-ul-Haq. He had asked Misbah to take responsibility for Pakistan’s results in recent times rather than putting the blame on an ageing T20 team.
But if a recent revelation by Akhtar have to be believed then both the former cricketers could soon be working together. Akhtar on Thursday confirmed that he is in discussions with PCB for a plum post in country’s cricket set-up which is believed to be chairman of selector’s post replacing Misbah.
The PCB has plans to removed head coach Misbah ul Haq from the chief selector’s position and Akhtar is being considered for the role.
“I will not deny it. Yes, I have had some discussions with the board and I am interested in playing a major role in Pakistan cricket. But nothing is decided as yet,” Akhtar said on Thursday during a YouTube show “Cricket Baaz”.
Akhtar’s name has been doing rounds as the board is seriously considering relieving head coach, Misbah off his dual responsibility and also because of its new code of ethics (another name of Conflict of Interest) policy.
“I live a very comfortable life…I played cricket on my terms but now I have settled down. But I am ready to leave this comfort and try to put my neck on the line for the PCB..I am not afraid others give advice. I will give time if the opportunity arises,” Akhtar said.
Akhtar however refused to divulge details of his discussions with PCB top bosses.
“Yes there has been some discussions. I can reveal only this much but nothing concrete as yet. But talks are still on. I have not said “yes” neither have they (PCB) said “yes”,” one of the most controversial fast bowler of his time said.
Akhtar also said that if he accepted the chief selector’s job he would probably be the first player who would become “bigger than the job”. And no one knows it better than him.”I don’t like saying this but it is a fact. Look I don’t want a job and I don’t need a salary. People want jobs and they come for salaries but I don’t need the money.For Akhtar the motivation is to build a pool of world class players who will serve Pakistan cricket for long time.
“I am ready to get in the line of fire. I will do it because I want to play a role in creating a pool of players from the new generation who play with an aggressive mindset and without fear of failure.”Akhtar said that if he is entrusted with the job, he wants to create match winners like Wasim Akram and Javed Miandad, who would become brands on their own.
“We need to start having players who have same mindset that our greats like Javed Miandad, Wasim Akram or Mushtaq Muhammad had.”The fast bowlers should not have muscular gym-toned bodies but ones that is cricket specific. I want to have 15 players who are brands and stars and this can only be possible if they feel secure and can win matches with their performances.”
He said the main problem with the present Pakistan team was that it was scared of losing and players were insecure. “This mindset had to be changed. I believe that If had been with the team there was no way we would have lost the first test to England after reducing them to top 117 for five…aggression is necessary in top cricket.””I have always believed in making tough decisions and people will back you.”
He also called on Misbah to focus on leaving a legacy in Pakistan cricket instead of worrying about the results all the time. “Everyone’s career has to end sometime. As a coach, he has to change his mindset. Play another two to three Haider Alis.”
Asked about criticism against him that he is always nitpicking loopholes in the Pakistan team and praising the Indian players, Akhtar gave a sound reply.
“Tell me what I am supposed to say. Virat Kohli is not just a top batsman but has around 70 plus international centuries. He as captain has built a formidable pace unit and they are winning matches for India. So how can I criticise him for anything tell me?He said similarly Indian cricket was moving ahead because of their planning and aggressive mindset of players.”Take for example Jasprit Bumrah. He has improved so much what do I say about his performances?”
(HT with PTI inputs)