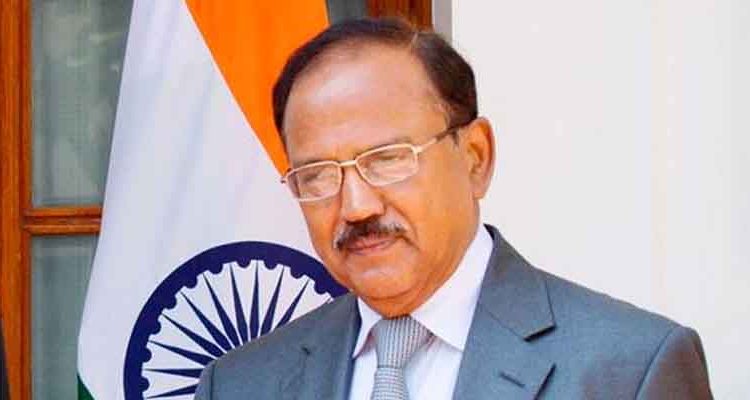 Nirendra Dev
New Delhi, February 26: In what is seen as a clear indication that the role of Delhi police vis-a-vis Delhi violence was found ‘wanting’, Prime Minister’s Office on Wednesday took charge of affairs and National Security Advisor Ajit Doval was directed to take control of the situation.
Sources said Doval, a former IB chief, was mandated by Prime Minister Narendra Modi and Home Minister Amit Shah after Mr Modi held a detailed review of the situation.
The Cabinet Committee on Security was also briefed in details during the day as the violence that was triggered coinciding with President Donald Trump’s visit has claimed at least 20 lives.
While two of them include an Intelligence Bureau driver Ankit Sharma and a Delhi police head constable Rattan Lal, the rest are civilians.
Doval on Wednesday evening went around violence-hit Jafrabad area in north east Delhi and interacted with locals – mostly Muslims – trying to instill confidence.
“We are all with you….,” said one Muslim youth as Doval tried to give patient hearing to him and others. Several locals in the area said Doval’s visit has given them confidence.
Some of the lanes and bylanes he went around on foot witnessed sporadic incidents of violence and stone pelting.
“Situation is totally under control. People are satisfied,” NSA?Ajit Doval says after visiting these areas and went on house to house and shop to shop outreach programme.
“My message on this occasion is whoever loves his or country, will love his or her neighbour,” he said.
Some shopkeepers and women came out and tried to repose confidence in NSA.
Interacting with media persons and flanked by local citizenry, several of them Muslims, Doval said: “What has happened should be seen as a matter of past and peace will prevail. Everyone is doing their job to ensure peace”.
“I am here at the directives of Prime Minister and Union Home Minister (Amit Shah),” Doval said.
“If you any problem, you can call me,” he told local residents who still looked distraught by the riots.
The violence began on February 24 morning when groups clashed in a Muslim-dominated locality. Incidentally, Trump had arrived Ahmedabad on that day.
It was reported that protestors threw stones, attacked each other with wooden sticks and set parked on vehicles on fire.
The genesis of the trouble was a sit-in-demonstration that Muslim women began on a street after the federal government passed the Citizenship Amendment Act (CAA) on Dec. 11, 2019.
Narendra Modi appeals for peace in Delhi
Prime Minister Narendra Modi took to Twitter appealing for peace and tranquility.
“Peace and harmony are central to our ethos. I appeal to my sisters and brothers of Delhi to maintain peace and brotherhood at all times. It is important that there is calm and normalcy is restored at the earliest.”
“Had an extensive review on the situation prevailing in various parts of Delhi. Police and other agencies are working on the ground to ensure peace and normalcy,” Mr Modi tweeted.
Earlier in the day, Congress Working Committee adopted resolution criticising both the centre and the Delhi government under Kejriwal.
Sonia Gandhi also said, “During the earlier NDA regime, Atal Bihari Vajpayee as Prime Minister used to consult all opposition leaders, but sadly nothing happened during the tenure of Modi”.