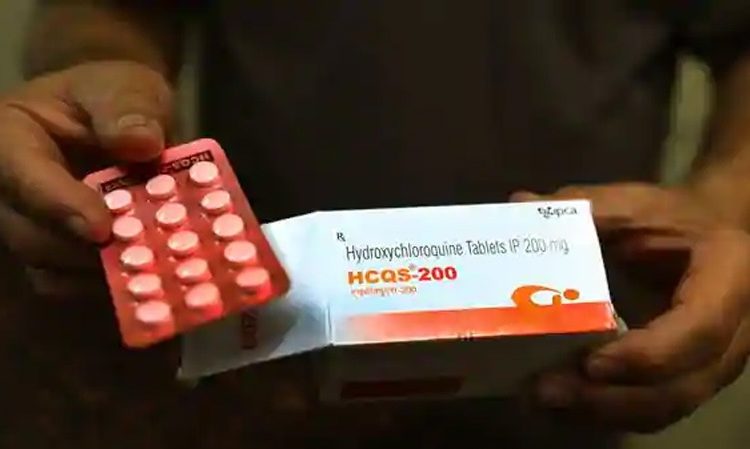 Washington, July 8: The use of hydroxychloroquine to treat coronavirus patients has become highly politicised in the US but it is used widely in India, a top White House official has said, asserting latest research which showed that the anti-malarial drug is highly effective in the early stages of COVID-19.
It’s the politicisation of this medicine by the mainstream media and portions of the medical community that somehow made this a battle between President (Donald) Trump and them and created this undue fear and hysteria over a drug, a medicine that has been used for over 60 years relatively safely and is regularly prescribed to pregnant women if they are going to a malaria zone, White House Office of Trade and Manufacturing Policy Director Peter Navarro told reporters.
The idea that this is a dangerous drug is just silly, but if you ask the American people based on the media’s coverage of it, that is kind of the state of play right now, he said.
Navarro said a day earlier four doctors at the Detroit Hospital System filed a request for emergency use authorisation for hydroxychloroquine. The request was for three things.
One, for early treatment use in a hospital setting. Number two, treatment between a doctor and his patient in an outpatient setting. Three, not just as a therapeutic but also as a possible prophylaxis for preventative use, he said.
This request to the FDA comes on the heels of the publication of their study in the Journal of Infectious Diseases last week that showed an astonishing 50 percent reduction in the mortality rate for patients taking hydroxychloroquine, Navarro said.
Give hydroxy a chance, and please don’t contribute to hydroxy hysteria because if it’s prescribed under the supervision of a doctor, the odds that it can harm you are way, way smaller than the odds that it can help you, Navarro said.
This has become highly politicised, but India uses this widely for prophylaxis. There are a number of studies which point to this actually working, Navarro said.
The official said if he were to show any kind of symptoms, he would first ask his doctor whether hydroxychloroquine is appropriate. And then I wouldn’t hesitate to take it, he said.
He said if one looks at the 14-day arc of the virus from the beginning of symptoms, the first seven days are critical: when a person may have fever, dry cough, possibly a profound sense of fatigue.
At that point, your lungs are still intact, and the virus is not appreciably spread to the rest of your organs. Hydroxychloroquine, based on the science in articles like the one that originally appeared in 2005 in the Journal of Virology, works in a therapeutic way by raising the alkalinity of your cells which slows the replication of the virus and also can kill the virus, he said.
It also has an anti-inflammatory effect, which is why it is used for rheumatoid arthritis, and the drug can therefore also help manage what is called the cytokine storm, he said.
The latest request to the FDA also comes on the heels of two decisions by the FDA over the last several months to shut down hydroxychloroquine.
The first was what is called a black box warning, the second was a withdrawal of an EUA and what I can tell you as someone who works with the Health and Human Services Department and FEMA to manage the stockpiles of hydroxychloroquine the FDA decisions that they made which I think were precipitous and based on bad science had a tremendously negative effect on two things, he noted.
One is the ability for American people to use this medicine to protect themselves and two, the ability for hospitals like the Detroit Hospital System to recruit patients for the kind of randomised blind clinical trials that everybody wants to settle once and for all the questions of efficacy and safety, he added.
FDA’s previous decision to reject the emergency use authorisation, he said, was based on two types of studies. One set of studies that were poorly designed and basically doomed to failure, another set of studies where if you look carefully at the data it is very clear that these were late treatment studies where the medicine would not work, he added.
Navarro said the Detroit doctors are bringing back to the FDA a clear case for early treatment.
If the results of the Detroit study are confirmed in later studies, President Trump was absolutely right that hydroxychloroquine can save lives and if in fact early treatment use can lead to a 50 per cent reduction in mortality that is tens of thousands of American lives that are at stake by a phenomenon which I call hydroxy hysteria, Navarro said. (PTI)