HomeInfotainmentHulk Hogan ‘banned from being mentioned by WWE’
Infotainment
2 years agoNovember 11, 2018No tags 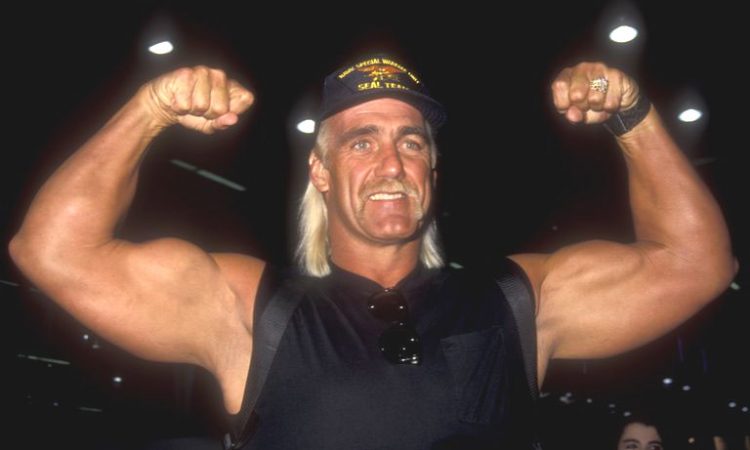 Hulk Hogan made his long-awaited return to the WWE at the recent Crown Jewel event.
Hogan left the organisation in a storm in 2015 after footage was leaked of him making an N-word slur.
He was also taken off the WWE Hall of Fame as a result before being reinstated earlier this year.
Last week, Hogan appeared as the host of the Crown Jewel event, much to the delight of the crowd in Saudi Arabia.
His appearance led to speculation that he could make a permanent return to the WWE but nothing has been said of the 65-year-old since then.
Now it appears WWE commentators and staff members have been told not to mention Hogan again – and almost treat him like he doesn’t exist.
The claims were made by Bryan Alvarez on Wrestling Observer Live, when he was asked about Hogan’s whereabouts since Crown Jewel.
It is suggested the WWE are yet to decide if Hogan will return in the United States and would like to keep the issue private from fans, reports Ringside News.
Hogan didn’t address any of the controversy surrounding his exit at Crown Jewel but saluted his fans and expressed his delight at being back in the ring.
Meanwhile, Mark Henry has urged Hogan to make up for the racist scandal by taking responsibility for his actions.
“To start, he needs to go to some of these black universities, to these law students and let them grill him and own it and apologise,” Henry said.
“Not because you got caught, but apologise because you honestly feel remorse.
“When you reveal your past, you can go on in the future and I still don’t think he’s still completely revealed it.”