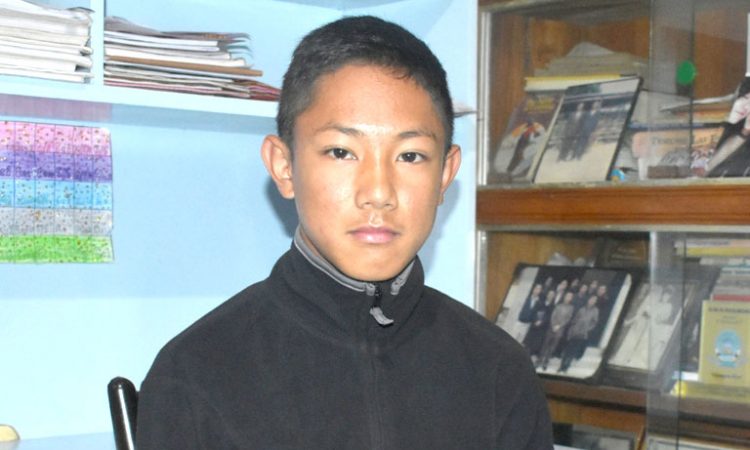 Mokokchung, May 2: HSLC 2019 topper Wangshitemjen Ozukum of Queen Mary Higher Secondary School Mokokchung has credited hard work and God’s grace for his achievement.
“It is labour as well as God’s grace that has landed me the top spot,” he said.
Thanking God for his success, he also did not forget to mention the support from his parents, teachers, family members and friends.
The oldest son (he has two younger sisters) of Tulumatsung Ozukum and Obangmenla of Mongsenyimti village, 16-years old Wangshitemjen Ozukum said he always listened carefully to what his teachers were teaching in the classroom and studied only 3-4 hours a day. “But before opening my books, I always prayed to God seeking wisdom; and when I started studying my mind was totally into my studies,” he said.
Did you expect to top the HSLC 2019? A modest Wangshitemjen said, “I did well in the exams, but I was not expecting to top the exams.”
Wangshitemjen, who is also a good football player, said he will be taking Science in his higher secondary level, but is yet to decide on the school he will be choosing to pursue his studies.
(Page News Service)