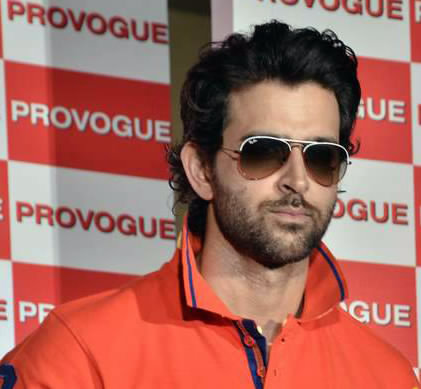 Bollywood actor Hrithik Roshan’s upcoming film Super 30 is likely to face fresh legal trouble as four IIT students reportedly plan to file a case seeking a stay on the release of the Vikas Bahl film.
A Mid Day report claimed Avinash Baro, Bikash Das, Monjit Doley and Dhaniram Taw, who had earlier filed a PIL against the mathematician are now questioning how can a film celebrate someone accused of fraud.
The report quoted legal counsel of the students, Amit Goyal, as saying, “(The film) seems inauthentic. We never sought to damage the film, but he has a court case against him. His reply doesn’t answer the allegations completely. He is yet to reveal the names to the court. In such a scenario, this movie can send out an incorrect message.”
The IIT students had previously accused Anand of fraud, alleging he makes false claims regarding the success of his students. They had also demanded that he shares a list of students who made it to IIT JEE in 2016.
The Guwahati High Court had issued a notice last year to Anand, asking him to respond to the PIL filed by the students. The mathematician has reportedly not responded to the PIL.
We tried to reach producers Reliance Entertainment and Sajid Nadiadwala Productions but there was no response.
Anand has been a part of the film since its conception. Director Vikas and Hrithik had long discussions with the mathematician before they began work on the film. This is not the first time Anand’s story will be witnessed onscreen. Discovery Channel made an hour-long documentary on Anand and his initiative Super 30.