Kohima, September 7: The High Powered Committee (HPC) on COVID-19 Nagaland headed by Chief Minister Neiphiu Rio on Monday decided to bring out new Standard Operating procedure (SOP) relaxing quarantining of returnees and movement of people for urgent official works and agricultural activities in the State.
Informing this media persons here, Minister for Planning and Coordination, Land Revenue and Parliamentary Affairs, Neiba Kronu said the decision to this effect was taken during the HPC meeting held Monday after thoroughly considering the need to enhance the economic and the construction works, specially the four-lane National Highway-29 and other road connectivity.
“The working period of the State is very less in Nagaland and with rainy season coming to an end, we have to open up so that the construction works can be initiated without any hindrance,” said Kronu, who is also the Government spokesperson on COVID-19.
However, the Minister asserted that the HPC has also decided that though things are being opened stricter safety measures, including social distancing protocols and hand hygiene measures have to be followed by everyone so as to avoid contraction of the virus.
Quarantining of people coming to the state on official visit and leaving within 48 hours will not be required anymore, he said.
The Minister asserted that the unlock measures have been initiated with a view to encourage other economic activities, especially with regard to agri and allied sectors.
In this, he said, that the state government has constituted a Strategic Economic Committee which has planned out on measures to be taken up for improvement of production of the agri and allied sectors within the State.
The project has been already sent one post COVID-19 project on agri and allied sector to the North Eastern Council (NEC) for funding while approval is awaited.
Meanwhile, Principal Secretary Home Abhijit Sinha informed that the detailed SOP is being worked following Monday’s HPC meeting outcome.
(Page News Service) 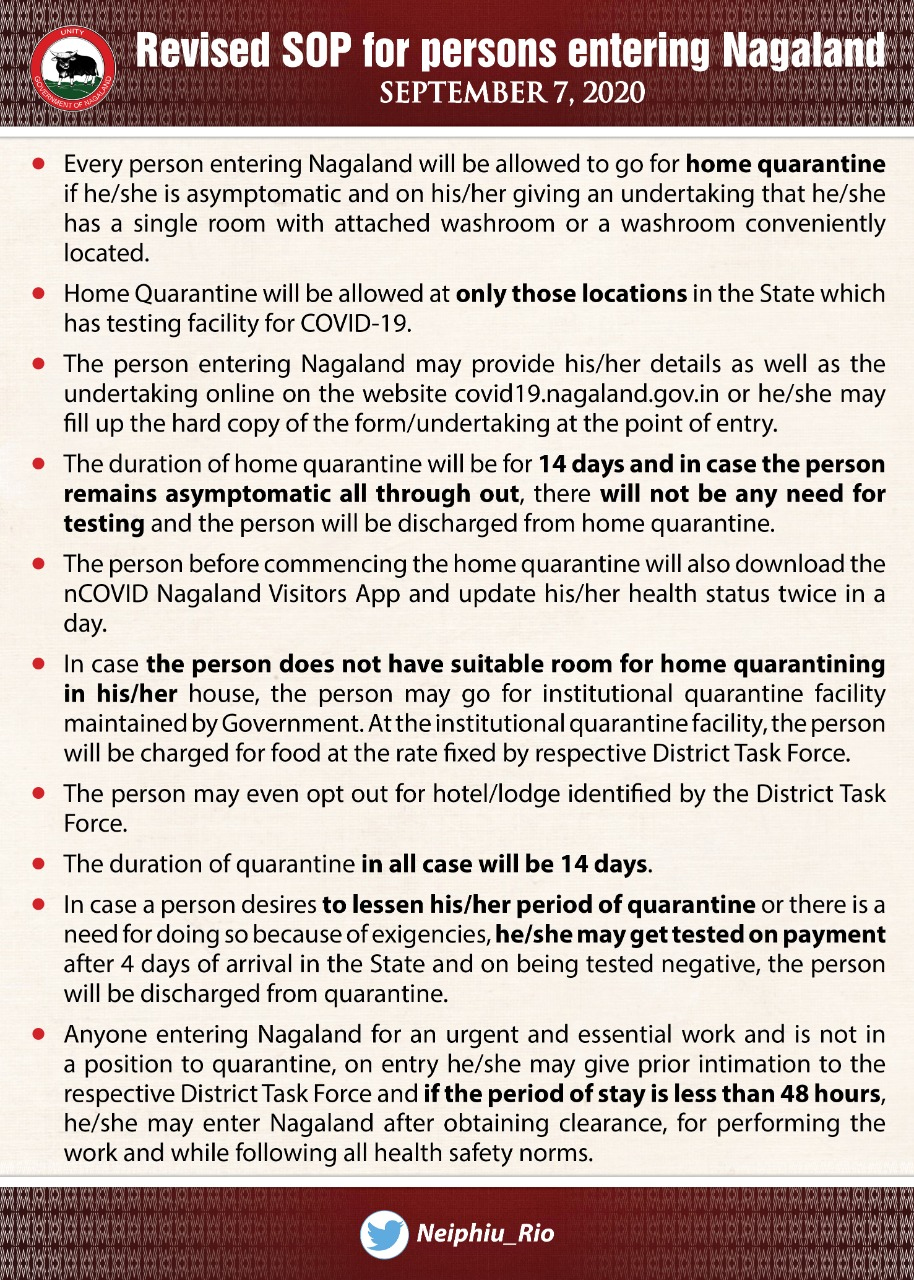