HomeInfotainmentHow ‘Joker’ is tipped to be a big winner
Infotainment
11 months agoFebruary 7, 2020No tags 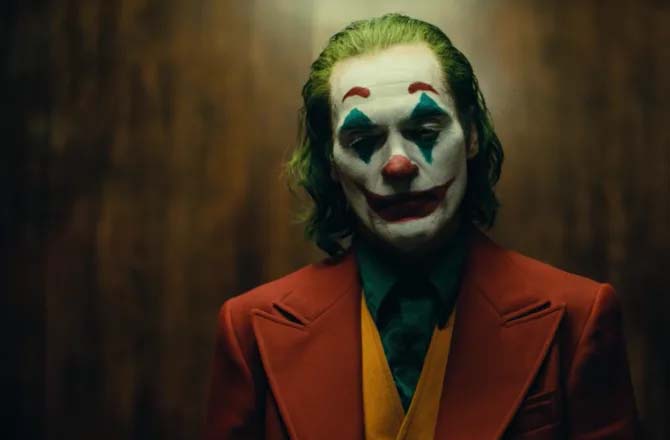 Hollywood enters the Oscar weekend with a comic book movie heavily tipped to be the big winner. Joker has been nominated in 11 categories, and most punters expect it to win Best Film and for its leading man, Joaquin Phoenix, to win Best Actor. When you consider Joker’s performance alongside last year’s awards, where Black Panther won for costume design, production design and Best Original Score, it tells you that we’ve arrived at a breakthrough moment. Today, a big-budget, A-list comic book movie will rightfully aim not just for box office glory (Joker became the first A-rated movie to earn over a billion dollars worldwide), but widespread critical acclaim as well.
As recently as the early 2000s, this would have been dismissed as a ridiculous notion. Consider some of the best-known movies of this genre from back then. You had the truly awful Daredevil (2003), where Ben Affleck ruined a superhero — he has since ruined Batman as well. Ang Lee’s Hulk (2003) was heavy on style, but had no narrative momentum, and the usually brilliant Edward Norton sleepwalked his way through the titular role. 2005’s Catwoman, however, delivered what appeared to be a killing blow to the genre. Halle Berry’s career took a hit, just a couple of years after winning Best Actress (for Monster’s Ball) at the Oscars.
Batman breaks the rules
All of this changed with Christopher Nolan’s Batman trilogy, which started with 2005’s Batman Begins. Heath Ledger’s unforgettable performance as the Joker (in the 2008 The Dark Knight) might be the most immediately identifiable aspect of the trilogy today, but it was Batman Begins that became the more influential film in the long run.
The thing that distinguished it from its peers was the attention to detail: whether it was the art direction, the dialogue, or the little hat-tips to vintage Batman story arcs (evoking the work of legendary comic artists like David Mazzucchelli and Frank Miller). If Iron Man opened the commercial floodgates and ushered in the Marvel era of box office dominance, Batman Begins showed Hollywood that well-made comic book movies could be competitive in the awards season. Cinematographer Wally Pfister was eventually nominated for an Oscar as well. Although he didn’t win, the point was well-made (and later consolidated, of course, with Ledger’s posthumous Oscar).
The last laugh
Fans should, however, not get too carried away with Joker’s success. After all, one of the reasons comic book films are not taken seriously by awards juries is the Disney factor — the fact that most (certainly the Marvel ones) are R-rated affairs with no gore, nothing too controversial and allegories favoured over political references. Joker, of course, is a self-conscious tonal departure from these traits. And it could be argued, therefore, that the Academy, too, sees it as the exception, not the rule.
Does this mean that Joker will prompt more comic book adaptations to adopt a darker tone, to not be afraid of losing out on adolescent audiences? We’ll be much closer to an answer on the night of the 10th.