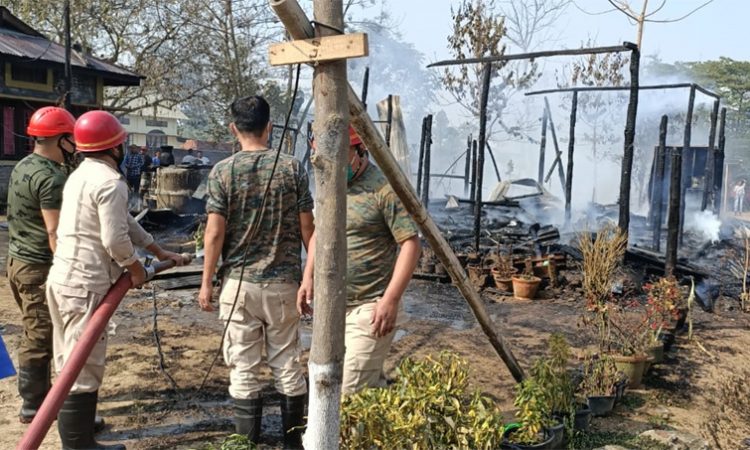 Dimapur, February 15: One house was razed in a fire incident at Seiuruzha Colony, Dimapur on Monday. However there was no casualty.