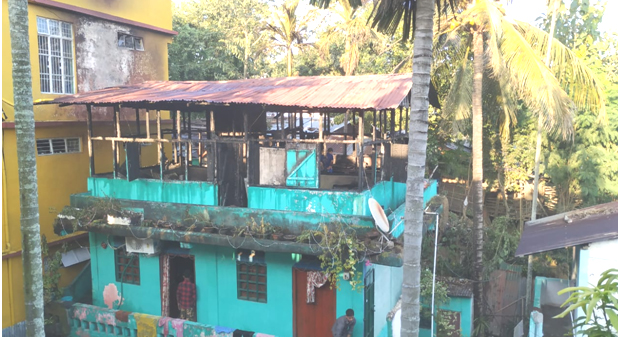 Dimapur, November 12: A fire broke out at Netaji Colony, Dimapur on Thursday destroying the second floor of a building along with most of the belongings.
The rooms on the particular floor, which were built with bamboos and wood, was occupied by one family and short-circuit is believed to have started the fire.
The timely intervention of the fire fighters with two fire-tenders didn’t allow the fire to spread to the nearby buildings. According to the fire department, they received a call from the area at around 2:30 pm and rushed to the spot and by 3:40 pm the fire was completely put out.
There are no reports of causality or serious injury, and while the locals claim they heard a loud bang, they were not sure if it was an LPG cylinder. The fire department also did not confirm any explosion of LPG.
The loss of property caused by the fire is estimated to be in lakhs. (Page News Service)