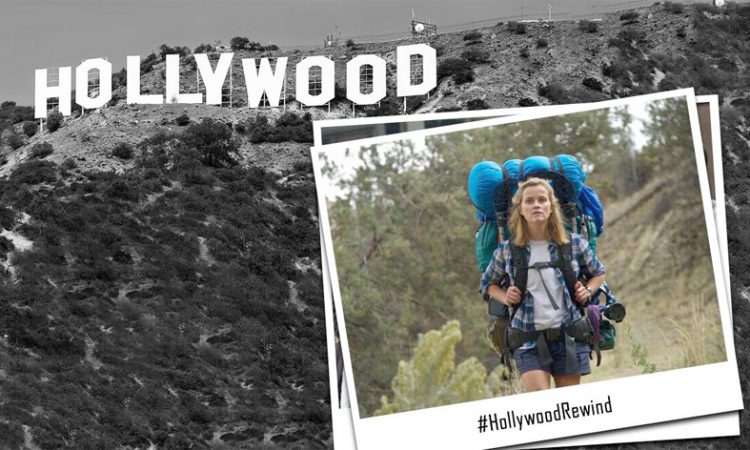 It is difficult to make an unpretentious movie about hiking, and discovering yourself through such experiences, but filmmaker Jean-Marc Vallée did that with the 2014 release Wild. Based on the memoir Wild: Lost to Found on the Pacific Crest Trail by Cheryl Strayed, the screenplay of the film was penned by well-known novelist Nick Hornby.

For the uninitiated, the plot of Wild is about a woman at the verge of a meltdown. Everything in Cheryl’s life is going haywire. She feels that she has no sense of will or control ever since the death of her mother, with whom she was very close. After going into a deep depression, which pushes her to cheat on her partner and consume heroin, Cheryl decides to give herself and life one more chance. Having never hiked professionally, Cheryl undertakes the almost maddening resolve to hike a thousand miles across the Pacific Crest Trail. The film is about her emotional and physical journey.
Wild is moving and almost erratic in its storytelling as Cheryl, time and again, deep dives into her memory to revisit her childhood. It is also beautifully written, the dialogues are simple but thoughtful. The movie shows us how irreplaceable people are, especially the ones we love. It is also a film about an all-consuming grief, the kind that leaves you breathless, like you are always short of air. Wild is so many good things packed in one movie. Anchoring that great writing and directing is the talented Reese Witherspoon, who plays Cheryl with honesty and grit. She is nearly in every frame, and there are quite a few close-ups of the actor in those frames. But never does Reese flinch or lightens her hold on the character. Wonderfully done; seamless and pure.
In an interview with the Vulture, the Hollywood star had said of her role in the film, “By far, this is the hardest movie I’ve ever made in my life. I didn’t hike a thousand miles, of course, but it was a different kind of physical rigour. I’d run up a hill with a 45-pound backpack on, and they’d say, ‘Wait, that backpack doesn’t look heavy enough. Put this 65-pound backpack on and run up the hill nine or ten times.’ We literally didn’t stop shooting in those remote locations — we wouldn’t break for lunch, we’d just eat snacks. No bathroom breaks. It was crazy, but it was so wonderful. It was complete immersion.” And once you have seen the movie, you realise what Reese is talking about; it is indeed ‘complete immersion.’ The battered look, the bag pack, the worn-looking boots and the wounds, none of them would have helped had Reese not submitted herself to Cheryl wholeheartedly.
There is another reason why Wild is so great. How many times do we see a movie about a woman that is not overtly preachy, but still feminist, still fallible, still beautiful? The script is written with such care and precision that you can’t help but root for Cheryl. Laura Dern as Cheryl’s mother, doesn’t get too much screen time, but in the short time she does dominate the screen, you can’t take your eyes off her. For their performances in the film, both Dern and Witherspoon were nominated for an Academy Award in the Best Supporting Actress and Best Actress categories. And Wild did not only win over critics, it smashed the box office too, earning over 50 million dollars against its humble 15 million dollar budget. (Courtesy: IE)