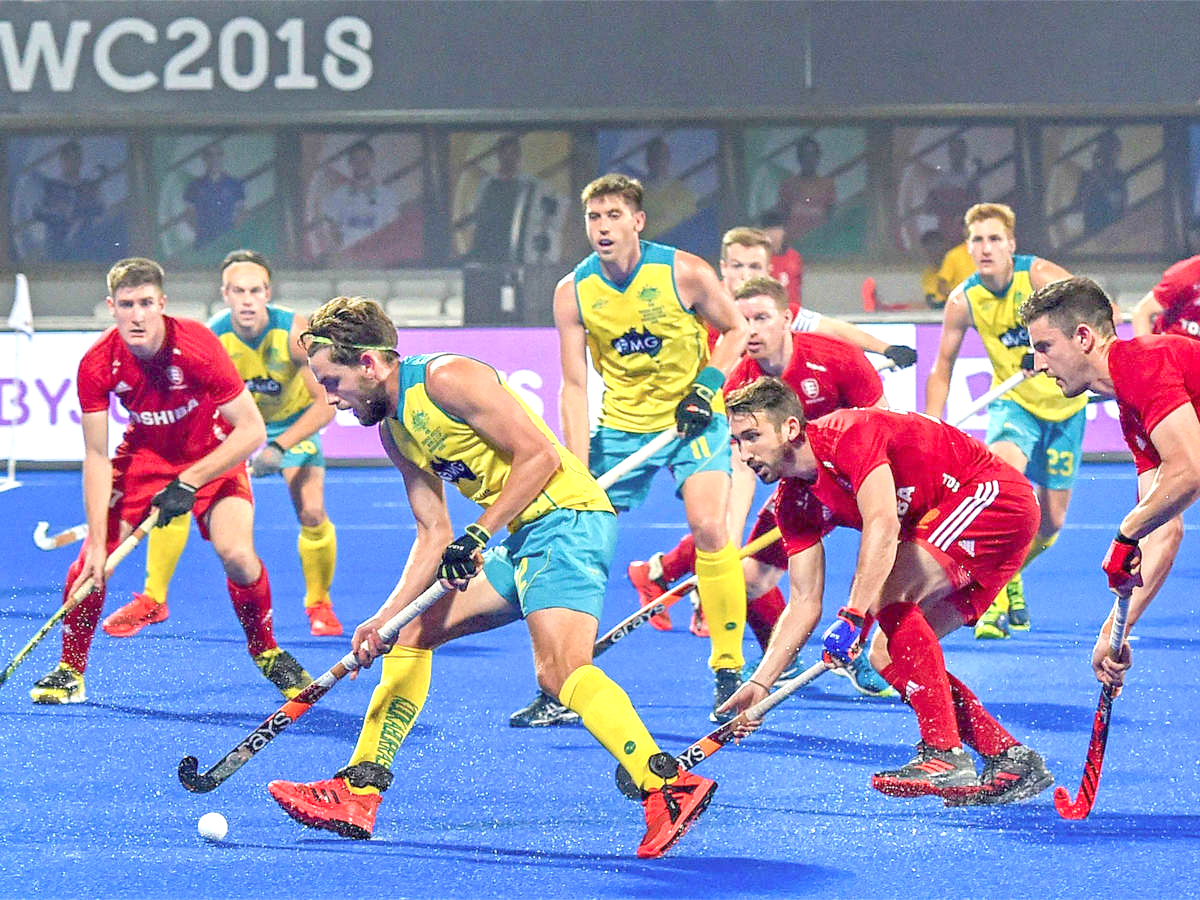 BHUBANESWAR, December 4: Two-time defending champions Australia scored three goals in the final quarter to beat England by a comfortable 3-0 margin and register their second consecutive win in Pool B at the Men’s Hockey World Cup on Tuesday.
The win took Australia to the top of Pool B with six points from two games and virtually secured their place in the quarterfinals of the 16-team event.
The Kookaburras had earlier defeated Ireland 2-1 in their tournament opener.
For England, the loss was a major setback after the 2-2 draw against lowly China in the opening game.
Australia will play China in their last pool match on December 7, while England will be up against neighbours Ireland.
The battle between world’s numero uno side Australia and World No. 7 England witnessed a boring first quarter with both the teams struggling to make inroads into the rival citadel.
The few forays both the teams made ended in no significant result. England had the first shot at the goal in the 12th minute but Barry Middleton’s reverse hit was easily padded away by Australia keeper Tyler Lovell.
It took Australia 21 minutes to create a real scoring chance in the form of back-to-back penalty corners but an alert George Pinner in front of England averted danger on both occasions.
Two minutes later, England came tantalizingly close when Phil Roper struck the left post.
Blake Govers then came close for Australia two minutes from half time. After receiving the ball inside the box he took a 360 degree turn to set up himself but his shot went just wide of the English goal. (PTI)