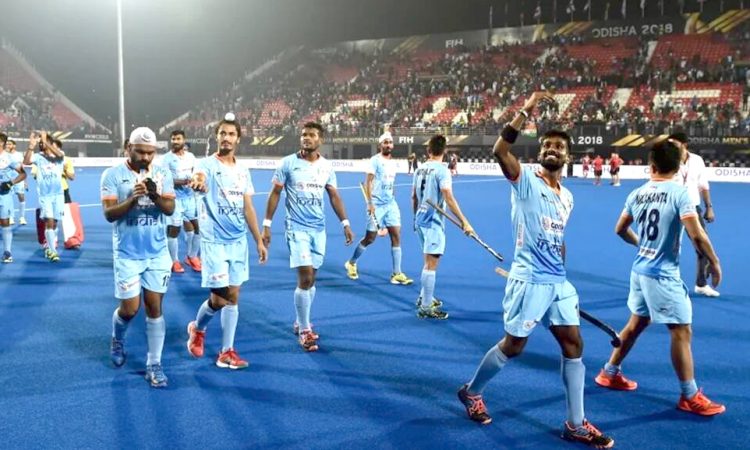 BENGALURU, November 9: Indian men’s hockey team midfielder Sumit says next year’s Asian Champions Trophy will be a perfect platform to test their level ahead of the Tokyo Olympics after being out of action for months due to
the Covid-19pandemic.
Following the pandemic-induced hiatus, the Indian team will resume international duty at the continental tournament scheduled to be held in Dhaka in March next year, provided there are no travel restrictions due to the health crisis.
“We have been very fortunate to resume training … to hone our skills. The Asian Champions Trophy will show the level we are at and how much we will need to further improve ahead of the Olympic Games,” said Sumit.
He is currently a part of the core group of probables.
Talking about the ongoing national coaching camp here, Sumit said: “Though we won’t be competing this year due to the pandemic, the sessions are planned in such a way that we play matches against each other, where we are expected to bring out our best.
“We have something called as red sessions, which are high-intensity sessions and I can tell that we are in much better form both mentally and physical than when we started out in August after the mandatory quarantine.”
Sumit, who was a part of the Indian team that won the FIH junior men’s World Cup in 2016, had missed out some important tournaments last year due to a wrist injury.
“I had suffered a wrist injury during the FIH Series Finals in Bhubaneswar last June. It was a long road to recovery and I was happy to have been picked for the Pro League earlier this year where I got to play against top teams,” he said.
“To make the Indian team, one has to be really good in executing what is expected of us and there is good internal competition.
“For now, I am giving my 100 per cent in training and I look forward to hopefully playing in the Asian Champions Trophy and defending our Title next year,” he signed off. (PTI)