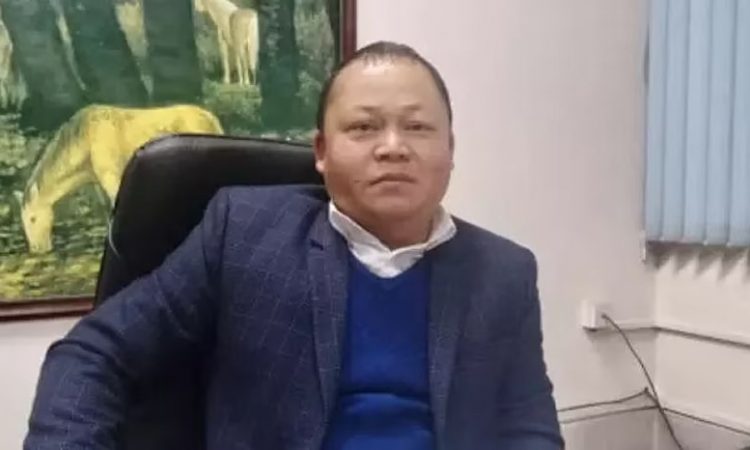 Shillong, July 25: Union Home Minister Amit Shah has assured a high-level cabinet delegation of Meghalaya that the Centre would examine its demand for implementation of the Inner Line Permit (ILP) in the border state, a minister said here on Sunday.

Hamletson Dohling, who was part of the Chief Minister Conrad K Sangma-led delegation, said the “reasons that prompted us to raise this demand was well explained to the home minister” during the meeting, and the state hopes that he would come up with a positive response soon.
He (Amit Shah) gave me a patient hearing when I raised this issue. He said that he would look into the matter and get back, the rural development minister told PTI.
Shah, who was in Shillong on a two-day visit, inaugurated several projects during the weekend, besides holding separate meetings with cabinet ministers and other stakeholders. He also chaired a meeting of chief ministers of northeast states.
Dohling, however, pointed out that Shah hasn’t made any promise.
We hope the Centre considers our demand for ILP keeping in mind the interest of Meghalaya people. This is the only government which has given us the chance to raise the issue… We have already explained why we need the ILP regime, and hopefully the home minister will come up with a positive response, he added.
Inner Line Permit (ILP) is an official document issued by a state government to allow inward travel of an Indian citizen into a protected area for a limited period. It is perceived as a shield against entry of illegal immigrants.
Currently, the ILP regime is in place in Nagaland, Arunachal Pradesh and Mizoram and Manipur.
Meghalaya has stepped up its demand for ILP after protests against Citizenship Amendment Act swept the state. The state legislature had in December 2019 unanimously adopted a resolution to urge the Union government to implement the regime under the Bengal Eastern Frontier Regulation, 1873.
Meanwhile, upset over Shah’s “tepid response”, several civil society organisations and students’ union have said that the Centre should clear its stance on the matter.

Khasi Students’ Union president Lambokstarwell Marngar, who among other representatives of pressure groups had briefly met Shah, said the home minister’s failure to make a promise was a “big insult” to the state’s indigenous population.
“The home minister just listened to our submission on the ILP, but there was no commitment on his part. It is a big insult for the people of the state. This also goes on to show that he does not respect the 60 MLAs of the state, who had passed a resolution in this regard,” he added. (PTI)