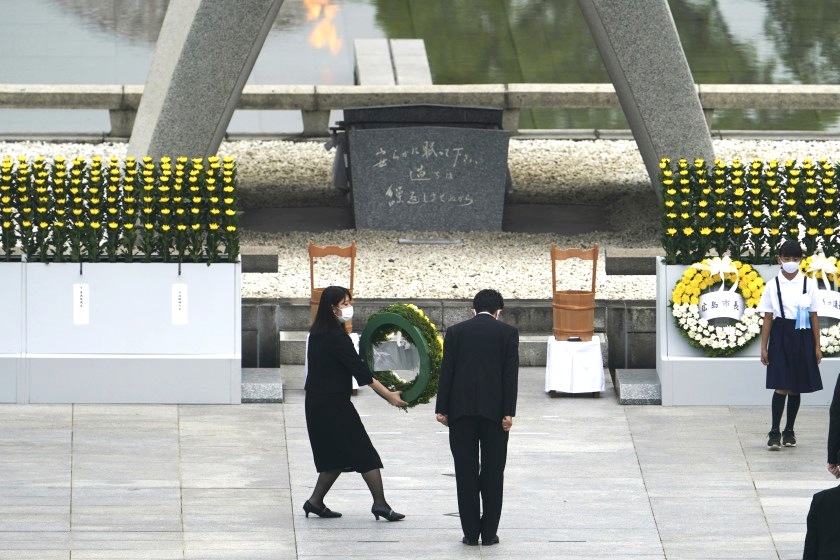 NEW DELHI, AUGUST 6: Japan marked the 75th anniversary of the atomic bombing of Hiroshima on Thursday, with the City Mayor urging the world to unite against threats to humanity including those from nuclear weapons.
Hiroshima Mayor Kazumi Matsui said countries should “put aside their differences and come together to overcome both man-made and natural challenges”.
Survivors, relatives and a handful of foreign dignitaries attended this year’s main event in Hiroshima to pray for the victims and call for world peace.
The memorial ceremony was scaled down due to a resurgence of Coronavirus infections in Japan and the need to maintain social distancing.
Participants offered a silent prayer, including Japanese Prime Minister Shinzo Abe, at 8:15 a.m. (local time), the exact time the first nuclear weapon deployed in wartime hit the city.
Around 140,000 people were killed with others perishing in the weeks and months that followed, suffering radiation sickness, devastating burns and other injuries.
Three days later the United States dropped a second atomic bomb on Nagasaki, where 74,000 people were killed.
Japan announced its surrender just days later on August 15, 1945, and some historians argue the bombings ultimately saved lives by avoiding a land invasion that might have been significantly more deadly.
PM Abe said, “Each country must step up efforts to remove a sense of mistrust through mutual involvement and dialogue amid the severe security environment and widening differences between nations’ positions on nuclear disarmament”.
At Thursday’s ceremony, Hiroshima’s Mayor and a representative of bereaved families delivered remarks in front of a cenotaph inscribed with the names of victims.
The landmark anniversary this year underscored the dwindling number of bomb survivors, known in Japan as “hibakusha”.
(TS with agency inputs)