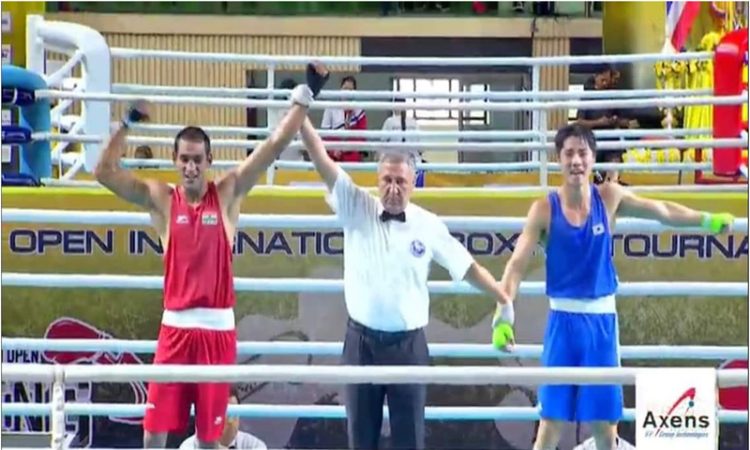 SHIMLA, JULY 28: Chief Minister Jai Ram Thakur has congratulated Ashish Chaudhary, the middleweight boxer from Sundernagar of Mandi district for winning the gold medal in Thailand International Boxing Championship at Bangkok on Saturday by defeating Korean boxer.
He said that Ashish Chaudhary has brought laurels to the country and state by his outstanding performance and he has attained new heights in boxing for India after BS Thapa who represented India in 1980 Moscow Olympics.
The Chief Minister has also extended his congratulations to the family members of the boxer Ashish Chaudhary.
Sports Minister Govind Singh Thakur has also congratulated Ashish Chaudhary and Himachal Boxing Federation for this achievement. (Courtesy: TS)