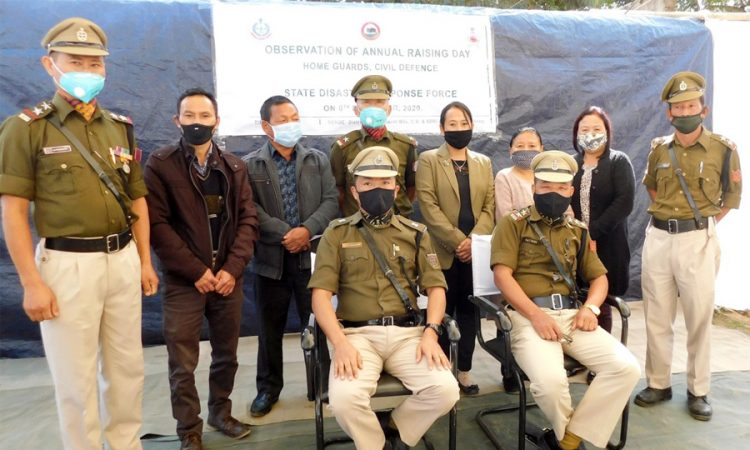 Dimapur, December 7: Along with the rest of the country, the annual Raising Day of Home Guards, Civil Defence & State Disaster Response force (SDRF) was observed at District office premises Mokokchung on December 6.

Messages on the occasion of the Raising Day by President of India, Prime Minister, Union Home Minister, Governor, Chief Minister, Advisor (Department of Social Welfare & Department of HG CD & SDRF), Union Home Secretary and Director General Fire Service, Civil Defense & Home Guards, New Delhi were read out.
A short speech about the significance of the occasion and of the organization was delivered by Mulai Lamniah, District Commandant. This was followed by demonstration on basic life support and patient assessment under medical first responder (MFR) by SDRF personnel and announcement of DGs commendation certificated to serving HGs /WHG personnel from the District establishment.
CTI: The Central Training Institute of Nagaland Home Guards, Civil Defence & State Disaster Response Force also observed Raising Day at the Central Training Institute Ground in Dimapur on December 6.
In the celebration, Commandant, S. Rotokha Zhimomi spoke on expanding role of the Home Guards, Civil Defence & State Disaster Response Force in society over the years. He lauded the personnel in the State for their tireless efforts in contributing to the field of disaster management as well as aiding in policing in the State.
A brief demonstration was performed by the instructors of Central Training Institute on disaster management. Reading out VIP messages by S.I, Maongkaba, was also one of the highlights of the programme.
To mark the day, a friendly volleyball match was played between the NCOs and other ranks after the programme. (Page News Service)