HomeTop StoriesHema Choudhury brought to Nagaland; likely to be produced in Court on July 21
Top Stories
8 months agoJuly 20, 2020No tags 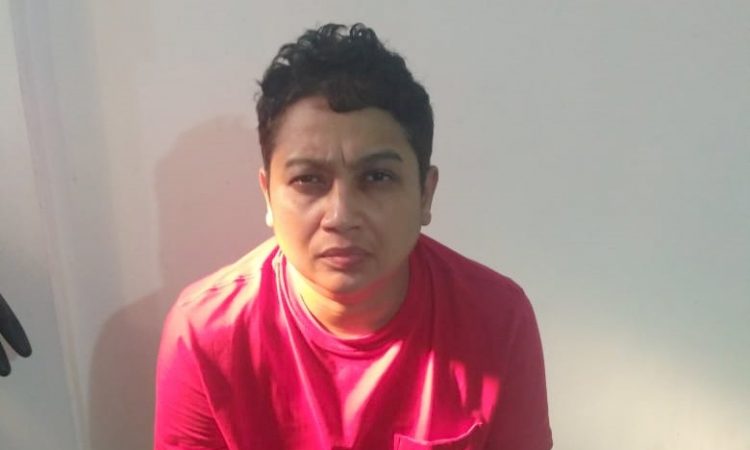 Dimapur, July 20: Nagaland police on Monday brought animal activist, Hema Choudhury to the State from Mumbai where she was arrested by a team of State police in coordination with Mumbai police on July 17 in connection with a non-bailable warrant of arrest issued by the Chief Judicial Magistrate, Kohima.
The accused was brought to Nagaland from Mumbai via Delhi and Imphal on July 20, said a press release issued by the PRO Nagaland Police.
On reaching Kohima, the team along with Choudhary was sent to the Naga Hospital Authority Kohima for collection of their swabs for COVID-19 testing, said police sources without wanting to be quoted.
Thereafter, she will be put up in the COVID-19 quarantine lock-up, while the police officers who had gone to arrest her will also stay within the quarantine complex, sources said.
The State police have also requested the Government and Medical Department to do their testing and result declaration on priority, so that she can be produced before the court by Tuesday to seek police remand so as to conduct interrogation and recording of her statement, sources said.
Earlier after a video was posted by Hema Chowdhary in Youtube/Facebook on July 4 in which she made derogatory statements against the Nagas conducing to public mischief and also promoting enmity between different groups of people, which is pre-judicial to maintenance of harmony, a case was registered with the Cyber Crime PS in Kohima, said the State police PRO.
Subsequently a non-bailable warrant of arrest was issued by the CJM Kohima against her. A team of Nagaland police led by a Dy.SP rank officer proceeded to Mumbai on July 15 and in collaboration with the local Mumbai police, the accused Hema Chowdhary was tracked to her residence in Oshiwara, Mumbai and arrested on July 17.
On completion of arrest formalities, a transit remand of 4 days was granted by the Mumbai Court on July 18, and the accused was brought to Nagaland on Monday.
The PRO informed that all standard operating protocols as per the guidelines issued by the State Health & Family Welfare Department relating to COVID-19 were adhered to while bringing her to the State.
Further investigation into the offence will be made as per the laid down procedures of law, the PRO said. (Page News Service)