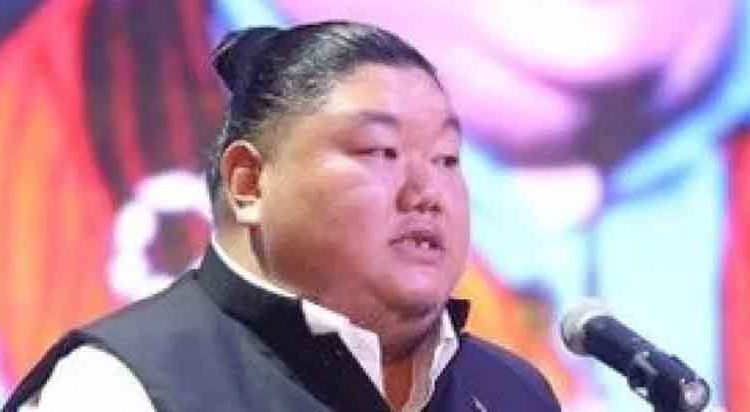 DIMAPUR, JUNE 18: Facing backlash over his comment on Naga political issue, Minister for Higher Education and Tribal Affairs, Temjen Imna Along has expressed “deepest regrets” if views “have hurt the sentiments of any Naga individual/organisation/Naga political groups in any way”.

According to reports, the Minister had recently told a news channel that “any solution that would come (to the Indo-Naga issue) should be under the Constitution of India and it should be under Indian Union”.
This comment had drawn immediate censure from various Naga civil society organisations, political parties and armed political groups.
On Friday, Along issued a statement expressing deep regret; but stopped short of apologizing.
“Nagas have a long unique civilisation and precious lives and resources have been sacrificed in safeguarding this unique history and identity. Over the decades, many strides have been made towards fulfilling the long cherished aspirations of the Nagas. In the course of negotiations and talks, both the sides have made compromises on their respective stances. Nevertheless, Naga representatives have been able to make the Government of India understand and accept the uniqueness of Naga history. Even so, the talks have hit a deadlock and consequently, a stalemate.
“Solution to the protracted Naga issue should be charted and sealed which is not only the aspiration of Nagas but also need of the hour. We cannot afford to drag this unresolved issue any longer. To this end, as the present situation and trajectory of the talk’s stands, I am also impelled to endorse the view of the Core Committee on Naga Political Issue that the stalemate on the current issue can be settled in a pragmatic and rational manner which is acceptable to both the sides. This is not to say that Naga aspirations should be entirely forfeited but that a constitutional process be carried out while charting out a long lasting honourable solution for Nagas”, the statement read.
At this point in time of Naga History, the Minister maintained, Nagas should pay heed “to the clarion call of clear conscience and invoke providence from our Almighty God” so that Nagas stand together as a people with love, respect and humility and give out a strong unified voice.

To that end, Naga civil societies have tremendous potential to play a proactive role in bringing all sections of Naga society together to reason out collective wisdom towards a sustainable common future of Nagas, he said.
“I express my deepest regrets on the recent interview to a TV channel, if my views have hurt the sentiments of any Naga individual/organisation/Naga political groups in any way. I appeal to all fellow Nagas as well as Government of India that an honourable and sustainable solution be worked out so that tomorrow’s generation of Nagas will live with dignity”, said Along. (Page News Service)