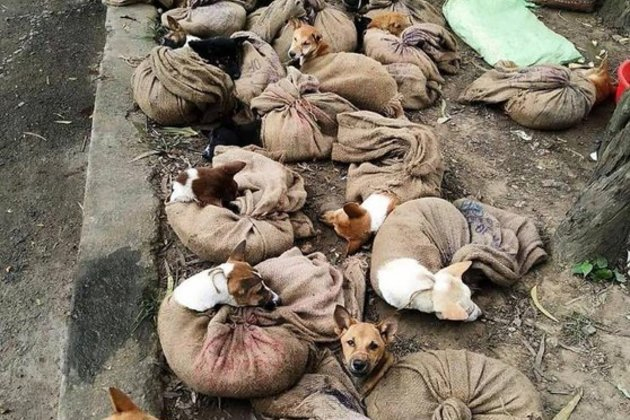 The Court said the said order has been stayed until the next returnable date and in the meantime, the state respondents can make all efforts to file their affidavit-in-reply.
During the hearing held at Kohima today, the Counsel for the petitioners, L Iralu moved the Court basically on three grounds that the concerned authority, Chief Secretary, who had issued the impugned notification dated 04.07.2020 was not statutorily empowered to pass such orders.
He stated that the Food Safety Standards Act, 2006 confers this authority on the Commissioner of Food Safety, under Section 30 of the Act. Therefore, the notification dated 04.07.2020, issued by the Chief Secretary banning the commercial import and trade of dog meat and commercial sale of dog meat in markets and dining in restaurants is illegal.
Iralu also informed the Court that there are procedural steps, which have to be followed prior to issuance of banning the sale of meat, under the Food Safety Standards Act which are provided under Sections 34, 36 and 38. The procedure requires that on observation if any food which is intended for sale appears to be not in conformity with standard rules would be subject to analysis scientifically and thereafter come to a finding that the particular food is either fit or unfit for consumption. Furthermore, notice is to be given to party to be affected by orders under Food Safety Standards Act prior to issuance of prohibition of sale of any article of food which is in contravention of the provisions of the Act. All these procedural steps, as mandated under the Act, has been violated, therefore there is violation of the procedural law.
The learned Counsel submitted that executive order passed under Article 162 cannot stand the test of law if it violates Articles 14, 19 and 21. He has also made reference to the decision of the Supreme Court in the case of K S Puttaswamy and Another vs. Union of India and Others, reported in (2017) 10 SCC 1.
The Court listed the matter for hearing after winter vacation.
(Page News Service)