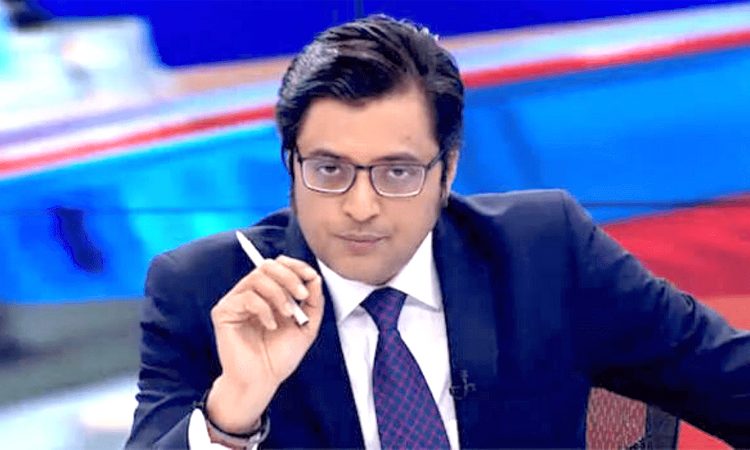 Mumbai, November 9: The Bombay High Court on Monday refused to grant interim bail to Republic TV Editor-in-Chief Arnab Goswami and two others in a 2018 case of abetment of suicide of an interior designer, and said the accused have the remedy of seeking bail from the sessions court concerned.
A division bench of Justices S S Shinde and M S Karnik while rejecting the interim bail pleas of Goswami and the two other accused Feroze Shaikh and Nitish Sarda said “no case has been made out for us (court) to exercise our extraordinary jurisdiction”.
With the high court refusing interim bail to Goswami, his stay at the Taloja jail will be extended.
Goswami and the two others were arrested by Alibaug police in Maharashtra’s Raigad district on November 4 in connection with the suicide of architect-interior designer Anvay Naik and his mother in 2018 over alleged non-payment of dues by companies of the accused.
The HC in its order on Monday said, “The petitioners have an alternate and efficacious remedy of seeking bail before the sessions court concerned. We have already noted earlier that ifsuch bail plea is filed, then the sessions court shall decide the same in four days.”
The bench noted that refusal of the interim bail applications shall not affect the remedy available to the petitioners to seek regular bail.
It said the sessions court shall hear and decide the bail pleas on merits.
“Rejection of interim order shall not be construed as an impediment to the petitioners seeking alternate remedies.
The observations made in this order rejecting interim bail are prima facie only,” the high court said in its order.
The judges said, “In our opinion, further investigation ordered into the case by the Maharashtra government cannot be termed as illegal and without seeking permission of the magistrate”.
“There is no manner of doubt in our minds that the State Government can always direct a further investigation to the police officers concerned, as done in the present case,” they said.
Before carrying out the said investigation, the magistrate was intimated about the same, the court observed.
The HC further noted that “the victim’s rights are equally important like the rights of the accused”.
The order said in the present case, the informant (Naiks wife Akshata) was neither given any notice nor heard when the ‘A’ Summary report (closure report) was submitted by the police.
“Even the order accepting the closure report was not communicated to the informant. The fact that the magistrate did not give notice and opportunity to the first informant to file a protest petition before accepting the report, goes to the root of the matter,” the high court said.
The bench said in the present case, two members of a family have lost their lives and allegations are made against the three petitioners.
“Therefore, the continuous persuasion to the State Government by the informant for redressal of her grievance since her two family members had committed suicide, and in the aforesaid background, the investigating officer concerned, after intimating the magistrate, commences further investigation, cannot be said to be irregular or illegal by any stretch of imagination,” the court said.
The high court said it cannot accept the contention of the petitioners that there cannot be further investigation when the order passed by the magistrate accepting the closure report was without notice and without giving an opportunity to the complainant for filing protest petition.
The HC also said it cannot consider at this stage the submission made by Goswami’s counsel Harish Salve that the FIR does not disclose any offence against the petitioner.
“The said submission deserves no consideration at this stage when the investigation is in progress and the alleged suicide note recovered by the Investigating Officer mentions the name of the petitioner,” the court said.
The court said it refrains from expressing any opinion at this stage as it has posted the petitions seeking quashing of the FIR on December 10.
Goswami on Monday morning filed a bail application in the Alibaug sessions court, his lawyer Gaurav Parkar said.
The sessions court is currently also hearing the revision application filed by the Alibaug police challenging a November 4 order of a magistrate’s court denying them custody of Goswami and the two other accused in the case and remanding the three in judicial custody.
Goswami, Shaikh and Sarda last week filed petitions in the HC challenging their “illegal arrest” in the case and seeking interim bail.
Apart from interim bail, the petitioners also sought that the HC stay the investigation into the case and quash the FIR against them.
The court will hear their pleas seeking to quash the FIR on December 10.
Goswami was arrested on November 4 from his Lower Parel residence in Mumbai and taken to Alibaug in neighbouring Raigad district.
He and the two other accused were later produced before a magistrate who refused to send them in police custody and remanded them in judicial custody till November 18.
Goswami was initially kept at a local school which is designated as a COVID-19 quarantine centre for the Alibaug prison.
He was on Sunday shifted to the Taloja jail in Raigad district after allegedly being found using a mobile phone while in judicial custody, according to police.
In his petition, Goswami alleged that he is being targeted and harassed by the Maharashtra government for his reportage against the state government and Mumbai police on his news channel. (PTI)