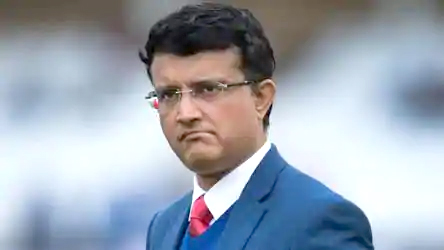 New Delhi, November 8: India will have to ‘fight hard’ and ‘buckle down’ if they are to win a second successive Test series in Australia when they tour Down Under later this month, believes BCCI president Sourav Ganguly. The Test series will begin December 17 with the first match set to take place under lights – the first-ever Day-Night Test between India and Australia. India, during their last tour, registered their maiden Test series win in Australia in 2018-19, but Virat Kohli’s men will be in for a sterner challenge with the return of David Warner and Steve Smith.
India have traditionally struggled in SENA nations (South Africa, England, New Zealand and Australia), having lost their last Test tours in England (1-4), South Africa (1-2) and New Zealand (0-2). Ganguly feels India’s success ratio boils down to how their batsmen perform. Against New Zealand and South Africa, India’s bowlers were on the mark, but since the batting didn’t click, the team struggled to win series.
“He (Virat) must sit back and understand that he has to play better away from home. Yes, Australia was a good series that they won (in 2018-19) but they should have done better in South Africa, England (both 2018) and New Zealand (2020),” Ganguly said on India Today’s programme ‘Inspiration’.
“They are a capable side and they must have learnt from that. Everyone has to bat well. We lost in England because no one got Test match hundreds apart from Virat Kohli, Pujara and Pant.”
To elaborate his point, Ganguly presented the example of the 2018/19 Border-Gavaskar Trophy, which India won 2-1. Cheteshwar Pujara was India’s top-scorer with over 500 runs in the series, while Kohli had peeled off a century too. Even Rishabh Pant had blazed away to a century and Mayank Agarwal, making his India debut, had a memorable first Test at the MCG. Ganguly reckons that India’s batsmen will be in for a stiff challenge since Australia’s pacers are at the top of their game.
“We won in Australia because Pujara got you 500 runs, Virat got a hundred, Pant got a hundred. That’s how you are going to win the series. Cummins, Starc, Hazlewood and Lyon are good bowlers. They need to fight hard and buckle down. This is a good side and everyone has to get together to beat Australia in Australia,” the former India captain added. (Courtesy: HT)