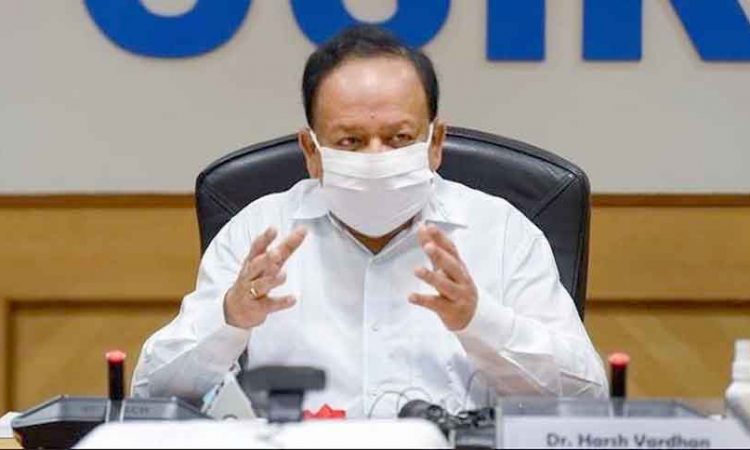 NEW DELHI, May 23: Union health minster Harsh Vardhan has written to yoga guru Baba Ramdev, asking him to withdraw his ‘objectionable’ comments against allopathy practitioners and Covid warriors.
The letter was posted on the minister’s official Twitter handle. “Doctors and other healthcare workers engaged all day and night in fight against Corona are like godsent for the entire country,” the minister wrote.

Tagging the yoga guru, he further wrote that his remarks are detrimental to corona warriors and have hurt the feelings of the entire country, and asked him to withdraw the comments.
In a controversial video, Ramdev was allegedly heard saying “allopathy is a stupid science” and medicines such as remdesivir, faviflu, and other drugs approved by the Drugs Controller General of India have failed to treat COVID-19 patients.”
The Indian Medical Association (IMA) sent a legal notice to Baba Ramdev on Saturday over his alleged statements against allopathy. It also said that the Union health ministry should take action against Ramdev for his making “unlearned” statements and for defaming scientific medicine.
In a statement directed at the health minister, IMA even said “The Union health minister (Harsh Vardhan) who himself is a practising modern medicine allopathic postgraduate and head of this (health) ministry, should either accept the challenge and accusation of this gentleman and dissolve the modern medical facility or boldly face and prosecute the person for his words of arson on the sovereignty of the country and book him under the Epidemic Act to save millions of people from such unscientific utterances.”
Ramdev’s firm Patanjali rushed to his defence and claimed that the statement being attributed to him by the IMA is false.

Ramdev has “utmost regards” for doctors and support staff who have been working day and night during such a challenging time of the pandemic, said a statement issued by the Haridwar-based Patanjali Yogpeeth Trust. (Agencies)