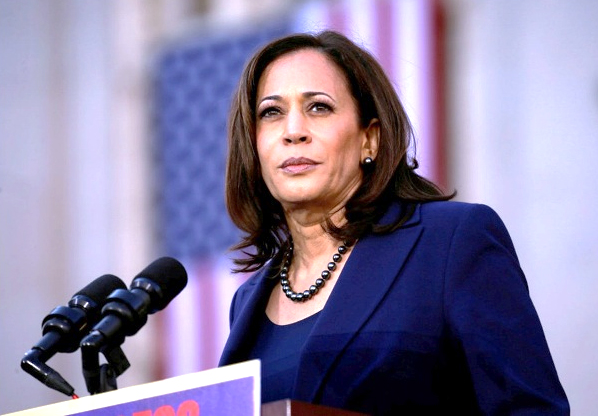 WASHINGTON, AUGUST 30: Indian-origin Senator Kamala Harris, the Democratic Party’s vice-presidential candidate, has pledged to rejoin the Paris climate agreement and re-enter the Iran nuclear deal to restore “our place in the world” and win back the “trust and support” of the US’ Asian and European allies if her party wins the November presidential election.
Harris, 55, is the running mate of Democratic presidential candidate Joe Biden. At a virtual fundraiser on Friday, she was asked how a Biden-Harris administration would restore the trust and support of our European and Asian allies.
In response, Harris slammed President Donald Trump and pledged to rejoin the Paris agreement on Climate Change and strengthen and re-enter the Iran nuclear deal.
“Joe Biden and our administration is gonna have a massive job to repair the damage done by Donald Trump and his administration, and to restore our place in the world”, she said.
In 2017, Trump announced his decision to withdraw from the Paris deal, saying the accord would have cost America trillions of dollars, killed jobs, and hindered the oil, gas, coal and manufacturing industries.
In 2018, Trump pulled out of the 2015 Iran nuclear deal.
“Part of our strength when, when we as a country, historically, walk into that room around the globe. Part of the strength of our standing it’s not just about our military it’s not just about our economic strength. It’s about the fact that folks believe that when we say something we mean it”, the Senator from California said.
“We are loyal to our friends that we keep our word, including when we make commitments, be it to NATO or to the Paris agreement that we will follow through. And Donald Trump, he just doesn’t get it. I mean it’s such an extension of his character as a human being I believe that he doesn’t understand the importance of integrity and consistency in one’s word”, Harris said.
In her remarks, Harris touted Biden’s role in the auto industry bailouts. “What gives me great hope is what we have seen again and again that the American people, when given the opportunity can rise to any challenge”, she said.
“In 2009, when the global economy was on the verge of collapse, President Obama turned to Joe Biden to fortify the American auto industry and help the people of Michigan to do what you do best, drive our nation’s economy forward. And I don’t need to tell any of the leaders on this call. We’re in a crisis again. And thankfully Joe is back”, she said.
“Joe, of course championed the Obama-Biden rescue of the American auto industry, along with the people of Michigan, and supported the resurgence of the great city of Detroit”, she said and alleged that under the Trump administration, American manufacturing is in recession.
“Together, Joe and I will rebuild the middle class and ensure that this time everyone comes along. We will revitalise manufacturing and communities that have experienced mass layoffs and provide small manufacturers with the support they need to compete in a global economy”, she asserted. (PTI)