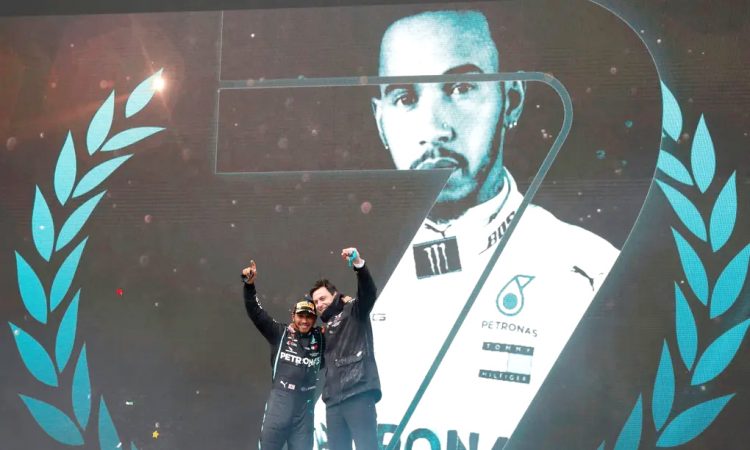 ISTANBUL, November 15: Britain’s Lewis Hamilton took a record-equalling seventh world championship and became Formula One’s most successful driver of all time after winning a wet and slippery Turkish Grand Prix on Sunday.
The 35-year-old Mercedes driver matched Ferrari great Michael Schumacher’s seven titles in style, lapping sole title rival and team mate Valtteri Bottas on a nightmare afternoon for the spinning Finn.
Hamilton already had more race wins, pole positions and podium finishes than any other driver in the history of the sport.
“Thank you so much guys…that’s for all the kids out there who dream the impossible. You can do it too man, I believe in you guys,” he whooped over the radio after taking the chequered flag.
Hamilton was congratulated after parking up by second-placed finisher Sergio Perez, for Racing Point, and Ferrari’s Sebastian Vettel who completed the podium in a race full of spins and changes of lead.
The victory was the 94th of Hamilton’s career, three more than Schumacher managed, and came after he started in sixth place and then delivered a masterclass of skill and tyre management.
Bottas, who came home 14th after saying four laps from the end that he wished the race was over already, also offered his congratulations as Hamilton celebrated with his ecstatic team mates.
Mercedes had already won the constructors’ championship for a seventh year in a row. (Reuters)