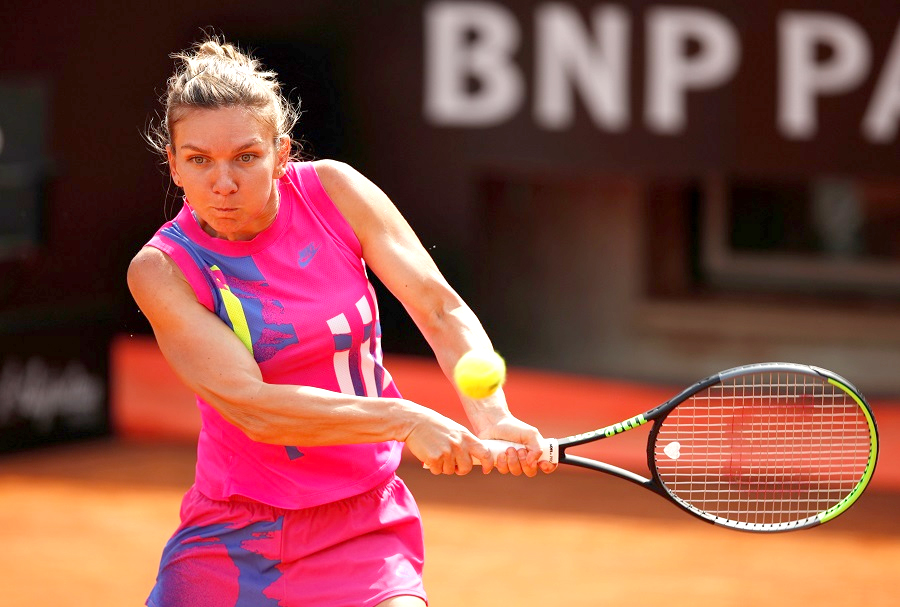 Simona Halep in action during her quarterfinal match against Yulia Putintseva in Rome on Saturday. Reuters

ROME, September 19: Top-seeded Simona Halep became the first semifinalist at the Italian Open when Kazakh opponent Yulia Putintseva retired midway through their match due to a lower back injury Saturday.
Halep was ahead 6-2, 2-0 when Putintseva decided she was in too much pain to continue — having already taken an off-court medical timeout between sets.
The 30th-ranked Putintseva was coming off two long three-set matches, having upset eighth-seeded Petra Martic and 10th-seeded Elena Rybakina.
Entering the match, she had been on court for 7 hours, 22 minutes — far more than Halep, who had a bye in the opening round and won her next two matches in straight sets.
Putintseva also reached the US Open quarterfinals in her previous tournament, while Halep decided to skip the event in New York due to coronavirus travel concerns.
Halep improved to 8-0 since the tennis restart and 12-0 overall stretching back to February.
Halep, who lost two straight finals in Rome to Elina Svitolina in 2017 and 2018, will need to beat two-time Grand Slam winner Garbine Muguruza or US Open runner-up Victoria Azarenka to return to the final.
Later, top-ranked Novak Djokovic and nine-time Rome champion Rafael Nadal play their men’s quarterfinals.
Djokovic faces German qualifier Dominik Koepfer while Nadal looks to stretch his career record against Diego Schwartzman to 10-0.
The tournament, rescheduled from May due to the pandemic, has so far been played without fans. But Italy’s sports minister said Friday that 1,000 spectators will be allowed in for the semifinals and finals. (AP)