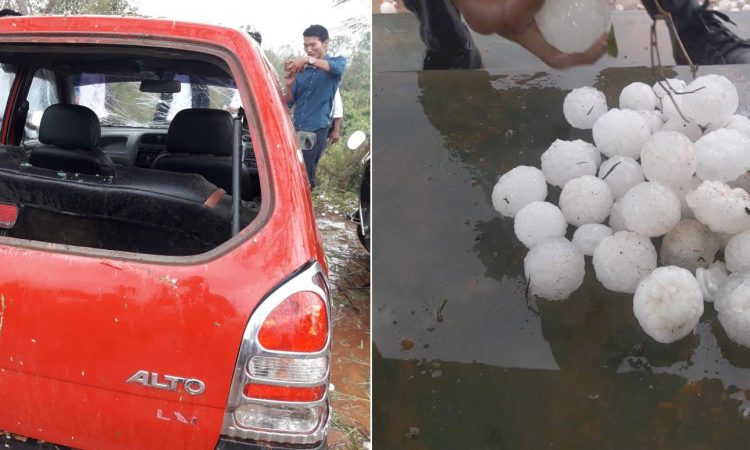 Dimapur, April 2: Hailstorm accompanied by rain lashed several places in Nagaland Tuesday afternoon causing large scale damage.
According to sources, one woman was killed by lightning in Peren district. However, this could not be officially confirmed till the filing of this report.
As per reports, hailstorm accompanied by heavy rains damaged properties in several places in Phek, Wokha, Mokokchung and other parts of the State.
Weathermen have predicted more rains in the Northeast in the coming days. (Page News Service)